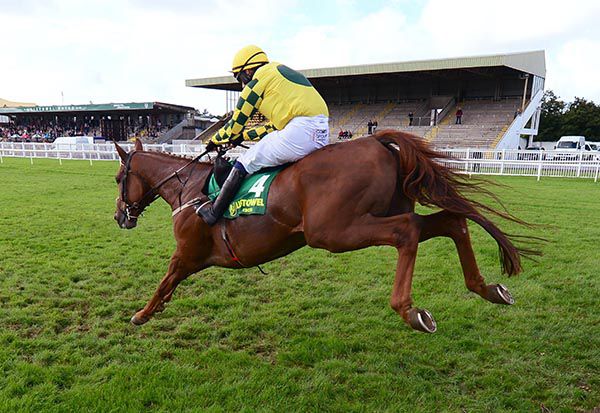 Captain Kangaroo asserted in good style in the closing stages to gain an overdue win over timber in the Dairygold Maiden Hurdle at Listowel.

It was a double on the card for both Willie Mullins and Paul Townend as the 6/5 favourite scored at the ninth attempt over hurdles.

Townend asked his mount to take closer order turning for home in the three-miler and he got to the front after the second last.

The Mastercraftsman gelding put the race to bed before the final flight and galloped on to record a four-length win over 50/1 shot Bite That.

The winner had landed a bumper on his debut and was placed four times in maiden hurdles.

"He has been expensive to follow and that is probably his trip,” said Mullins.

“Paul thought he might benefit from going over fences and whether or not we'll go at this stage I don't know but he thought he would have far more respect for a fence than a hurdle.

"It's nice for Kanga Racing and Brett Graham as they've been waiting a while with him."