Keane and Moore on the mark at Happy Valley 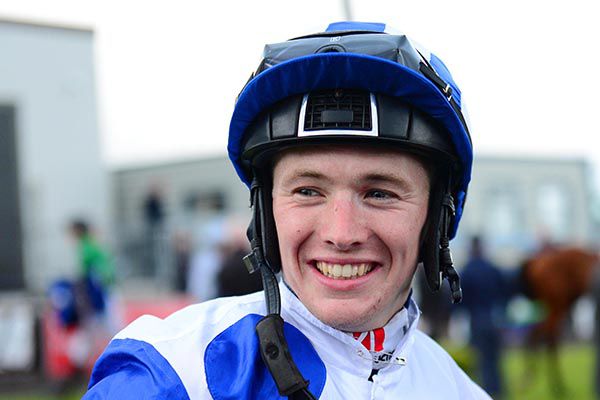 Moore led going into the last of the four legs, after riding one winner and a runner-up, but Mauritius-born Teetan clinched the prize when he grabbed his second third spot on High Rev in the finale.

The second also went to Cruz, courtesy of Dream Warriors and ridden by Teetan.

Moore looked like doubling up on Magnificent in leg three until Flying Quest was delivered fast and late by Irish jockey Colin Keane to snatch the spoils.

Vincent Ho won the last leg on Glorious Dragon, and was third overall in a competition which also attracted British-based stars Oisin Murphy, Frankie Dettori and Silvestre De Sousa — who were all out of luck.

“It’s just not a normal day, up against the world’s best jockeys. I really wanted to do well — and I’m glad everything went well.

“Even watching Ryan and Frankie riding here, we’ll pick up a few things and let’s hope it can help me in the future.”

Chance another juvenile winner for Harrington

Choice And Chance bounced back from a disappointing effort last time to claim the Foran Equine Irish EBF Auction Maiden at Fairyhouse for Jessica Harrington.

Lovely start from Play at The chasing Game

It was going to be either Play The Game (85/40) or Pakens Rock (6/4) from some way out in the John F. McGuire Beginners Chase. Second favourite eventually beat market-leader in the sixth event at Listowel.

Darragh McDonogh and Dominic Murphy were the first winning owners to attend an Irish racemeeting since March and enjoyed a “special day” as their Blackjack Boy gave jockey Mark McDonogh a first winner in the Adare Manor Opportunity Handicap Hurdle, the second race at Listowel today.

Luke McAteer continued a golden run aboard Sure Cert (28/1) in the Fairyhouse Apprentice Handicap.