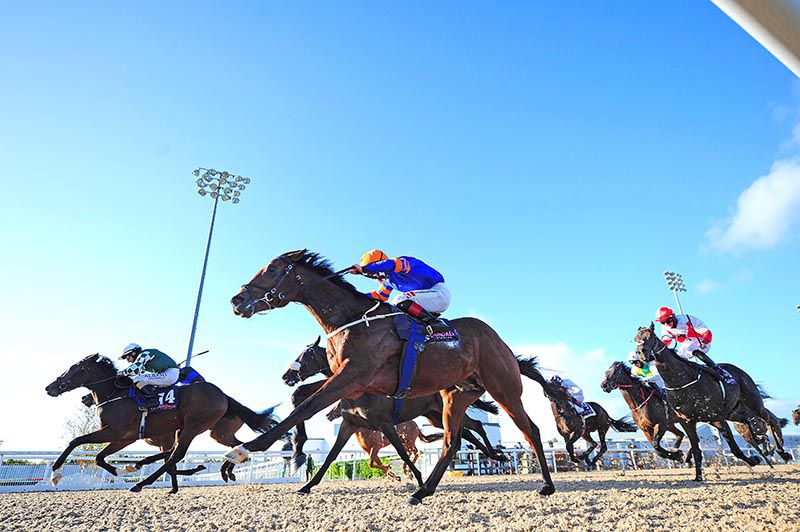 The Ger Lyons-trained Hale Bopp emerged on top after a tight finish to the opening Irish EBF Median Sires Series maiden at Dundalk.

Feeling Tip Top took them along in the seven-furlong contest for colts and geldings but was joined by Hale Bopp passing the furlong pole as Charmed and Bears Hug also pressed.

Colin Keane gained a narrow lead on Hale Bopp inside the final furlong and the Belardo colt held on to that in a driving finish.

The 3/1 shot scored by half-a-length at the line from 9/4 favourite Charmed, with a neck back to Bears Hug in third.

Hale Bopp had been fourth to Military Style on his only previous run at Naas back in June.

The trainer brother and assistant Shane Lyons said:- “We made a mistake running this lad back in June as he was big and weak. He showed us something from the word go but we should have given him right up until now.

“It’s a bonus that he’s won as he’s so honest and has a lovely temperament. I’d say that’s it for this year and we’ll pay him back now and give him time out.

“We’ll look forward to the spring. He’s a nice horse.”

The victory moved Colin Keane back level with Shane Foley in the title race, both now on 76 winners.