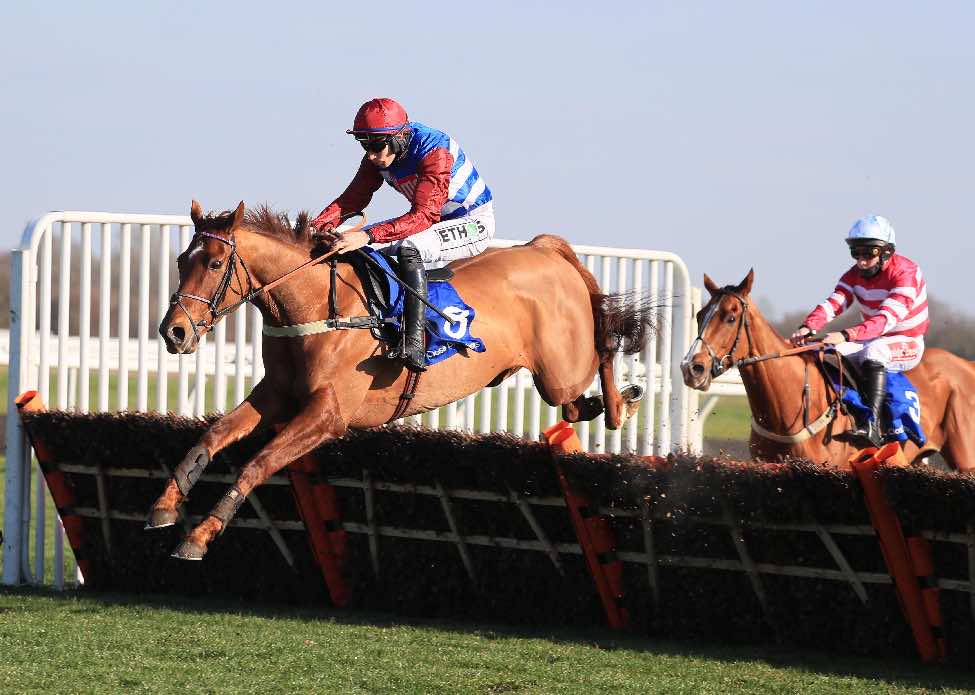 Alan King is confident he has Tritonic in top form as he prepares for a “proper battle” against a clutch of fellow prospective stars in the JCB Triumph Hurdle.

Even before embarking on his so far unbeaten hurdles career, which includes a highly-impressive Grade Two win in Kempton’s Adonis on just his second start under three weeks ago, Tritonic took King to centre stage on the Flat as a Royal Ascot runner-up last summer.

The Barbury Castle trainer therefore has every right to consider him a leading light at the top level — but he has great respect for Friday’s opposition from either side of the Irish Sea.

Zanahiyr, like Tritonic unbeaten over jumps, has spent most of the winter as ante-post favourite.

He will represent Denise Foster, as he bids for a fourth successive victory — while his Irish compatriot Quilixios, transferred this month from Gordon Elliott to Henry de Bromhead’s stable, is already a four-time winner after his Grade One success in the Spring Juvenile Hurdle at the Dublin Racing Festival.

The home contingent has a second strong contender too, in David Pipe’s Adagio — who won both the Triumph Trial over course and distance in December and the rescheduled Finale Juvenile Hurdle at Chepstow a month later.

Tritonic was yet to race over hurdles at that point, but has since surged towards the top of the market, and King is delighted with his preparation.

“I don’t think the track (at Cheltenham) will be any different to him, but the opposition is a lot stronger.

“I’ve got great respect for David Pipe’s horse and the Irish horses — so it’s going to be a proper battle.”

Tritonic’s eyecatching Flat rating of 99 is an obvious indication that he could go right to the top over jumps.

“But if he can do the talking on Friday now, we’ll see what happens.”

Quilixios, who has won his races by an aggregate of more than 50 lengths, also boasts fine credentials for the Champion Hurdle-winning partnership of De Bromhead and jockey Rachael Blackmore.

Chris Richardson, managing director of owners Cheveley Park Stud, echoes King’s respect for the opposition — albeit in a select field of eight.

“It looks a very good race,” he said.

“The fields might be a little bit smaller at Cheltenham this year, but all the top horses are there.”

Quilixios could yet be one of them, and Richardson added: “He’s done nothing wrong — he’s four from four.

“He was most impressive when well clear at Leopardstown last time.”

Adagio has done plenty to fuel Pipe’s dreams of victory in a race which launched his father Martin’s great training career when Baron Blakeney won it as an unconsidered 66-1 shot 40 years ago.

In his three wins from four starts over hurdles, he has proved all conditions come alike to him.

“The great thing about Adagio is that it doesn’t really matter what the ground is and he’s got Cheltenham form,” said Pipe, who reports Tom Scudamore’s mount back in rude health after being briefly laid low in mid-winter.

“He had a little colic after his last run and was a bit quiet in himself.

“(Normally) he’s a real character who loves his food and he was just off games for the week.

“He’s been in very good form since, and jumps and travels.

“It’s a red-hot Triumph Hurdle. Is he good enough? We’ll find out at Cheltenham.”

There are also two Willie Mullins’ hopefuls — Haut En Couleurs, a narrow winner on his only French start but unraced for current connections — and Tax For Max.

Completing the eight are Nigel Hawke’s Historic Heart — runner-up to Adagio in the Triumph Trial — and Sean Curran’s filly Talking About You, who is the most experienced hurdler in the field with four wins from her 10 starts.