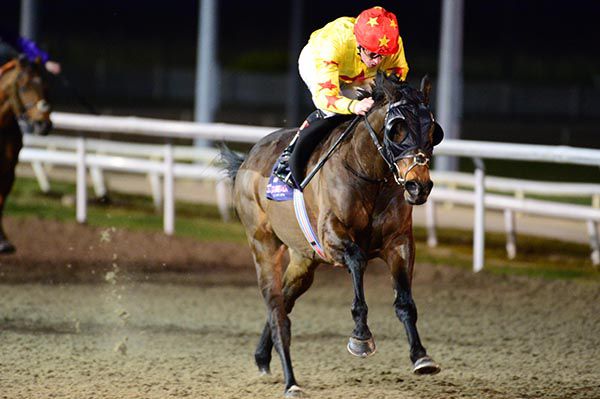 Free-going outsider Charle Brune pulled his way to the front at halfway and while he held a clear lead entering the home straight, jockey McDonogh gradually bridged the gap before moving the son of Frankel to the front with a furlong to race as the pair then went clear to beat Kasperenko by three and three parts of a length.

Afterwards O'Brien's assistant Brendan Powell stated “Declan said it was grand when the other horse went on. He said halfway down the back he just latched onto the bridle.

“He said that he’d gallop all day and would stay further. He’s definitely going in the right direction since he was gelded.”

Grand National winning jockey and retired trainer Powell added “I trained the second horse (Kasperenko, now in the care of trainer Ken Condon) and he won a Listed race in Kempton and a handicap at Chelmsford with 10st2lb on his back. He’s a fair horse.”