Klute takes control from the front at Fairyhouse 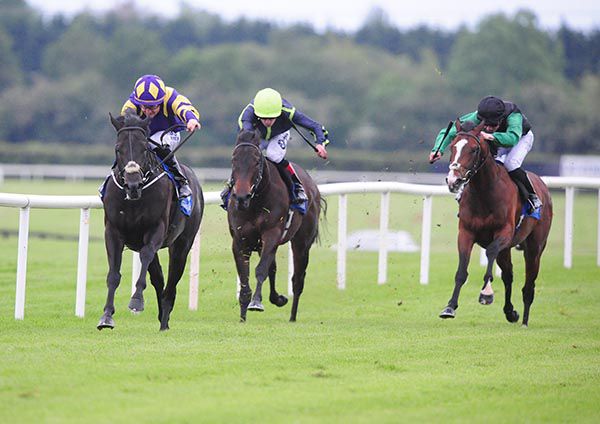 The old maxim of backing the outsider of three proved fruitful once again as Klute made all in the Fairyhouse Summer Series Race for a decisive victory.

The 4/1 chance was pushed along in the straight by Shane Foley but stayed on really strongly inside the final furlong to score by three lengths.

The 4/5 favourite Rainbow Moonbeam could make no impression from over a furlong out, and it was left to stablemate Cosmic Horizon to come through in the closing stages and snatch the runner-up spot.

Winning trainer Jessica Harrington said, “That was great and Shane couldn’t pull him up (took a long time for him to return to the parade ring).

“He was really well in himself and back up to seven I think he enjoyed it. We’ll aim at seven-furlong Listed races, and he likes top of the ground.

“He might shape up to a mile but he looks like a sprinter and is very strongly built.”