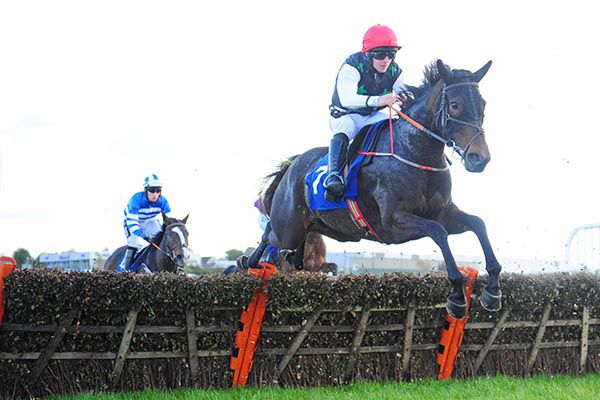 Ava Rose was a strong-finishing third coming from off the pace at Gowran on her latest start and similar tactics were employed today with the daughter of Shirocco.

Botani held a clear lead jumping the last and while Ava Rose was still seven lengths behind in fourth, powered home and eventually caught the leader in the last strides for a neck win.

“She is a homebred; her owner Tom O'Brien is a vet in Midleton and himself and his wife breed off a couple of mares. Ava Rose is named after her owners' grand-daughter Ava who is in Australia.

“She has a lovely pedigree and is related to Watson Lake and the biggest problem with her is trying to get her to settle; she is very buzzy.

“We rode her completely different the last day because it wasn't working on any of her previous runs and we said we'd take a punt and drop her out last. They got away on her from the front end and today we took a punt again to ride her the same way but to ride to see what the pace of the race was.

“Philip gave her an absolute peach of a ride and that's why we have the likes of him riding for us with his experience as a senior rider.”