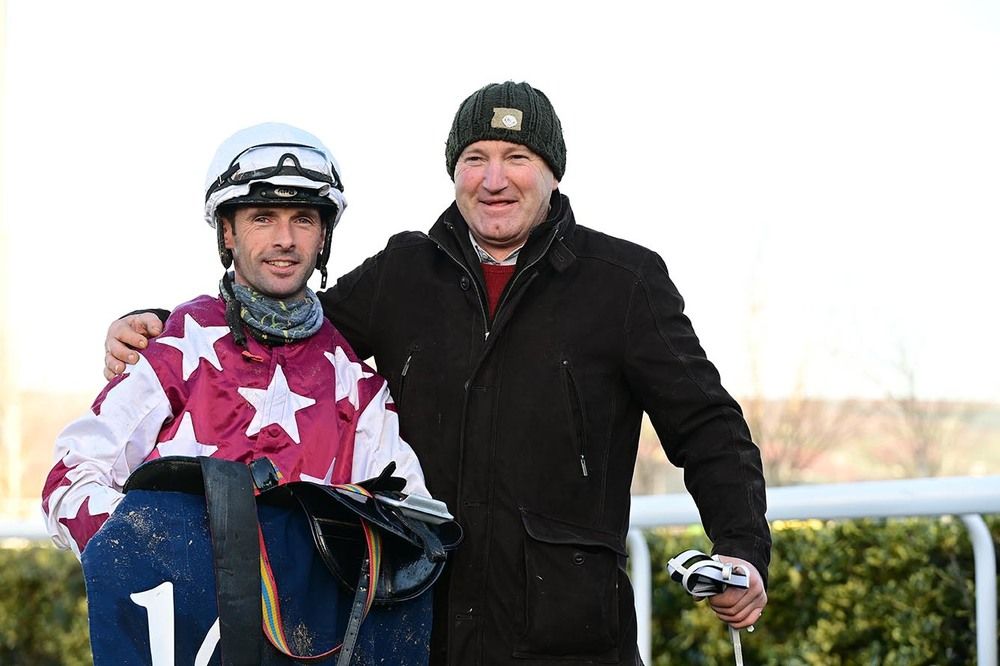 The daughter of Lope De Vega debuted for owner/trainer Lawlor a year and four days ago and today, in a first-time tongue-tie, was produced wide and late to eventually score a two and a half lengths winner from Amazing One.

Afterwards a delighted Lawlor reported “I’m training in Hollywood, Co Wicklow and have six horses in at the moment. That’s my first winner and I’m hoarse after cheering her home.

“She’s been running consistent and I was hopeful she would run well. I’m delighted — over the moon.

“I got the license last November and this filly was my first runner and is now my first winner.

“I was breaking and pre-training and before that doing point-to-pointers as well. I was breeding as well but had too many to hand out to other trainers.

“My brother Pat rode for Francis Flood and we are racing most of our lives.”

The well-backed Alohamora got it done nicely from the front in the Bar One Racing Sign Up Bet 10 Get 50 Irish EBF Mares Handicap Chase at Fairyhouse.