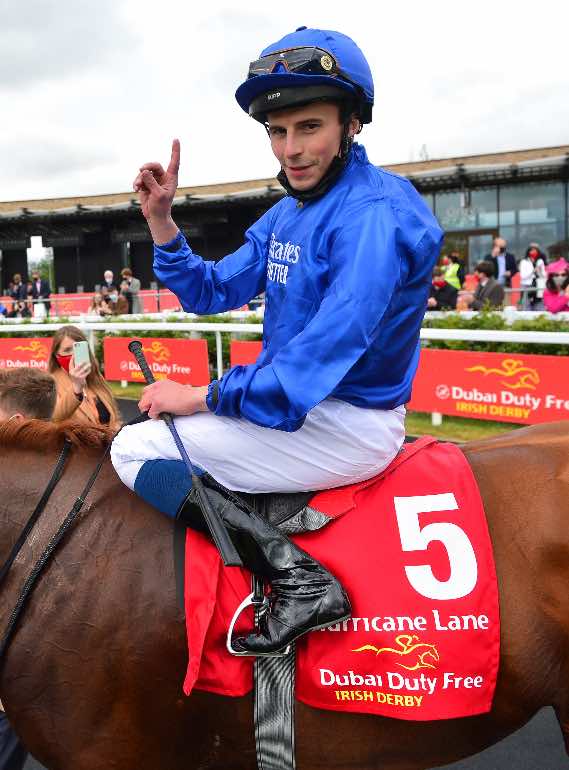 William Buick reduced Oisin Murphy’s lead in the jockeys’ championship to four after riding a treble at Leicester on Tuesday.

Reigning champion Murphy began the day with a six-winner lead over his great rival, the pair having ridden 149 and 143 winners respectively in a battle that concludes on Qipco British Champions Day at Ascot on Saturday.

Murphy did manage to get himself to the 150-mark by steering Rod Millman’s 4-1 favourite Able Kane to victory in the Every Race Live On Racing TV Handicap — but it was Buick who left the Midlands the happier after booting home three winners.

The Norwegian-born rider got off the mark for the afternoon in the second race for his boss, Charlie Appleby.

Riding the newcomer Parlando (4-5 favourite) in the second division of the British EBF Novice Stakes, he looked booked for second when Dream Show went three lengths clear. But when Dream Show began to drift into the middle of the course, Buick sensed his chance and drove Parlando up to make a winning debut by a head.

Buick would have fancied his chances of a quick double on Robyn Brisland’s second-favourite Porsche Cavalier in the British Stallion Studs EBF Fillies’ Conditions Stakes.

She, though, was a clear second best behind Clive Cox’s well-bred Benefit (15-2), who was undoubtedly the potential equine star on show.

Buick had to settle for second again in the Every Race Live On Racing TV Nursery, with 7-2 joint-favourite Midgetonamission proving no match for market rival Hurry Up Hedley.

But while Murphy struck back aboard Able Kane, Buick ended the day in the best possible fashion — striking gold aboard Tim Easterby’s Kentucky Kitten (8-1) in the Visit racingtv.com Handicap before completing his hat-trick in the concluding leicesterraces Next Meeting Monday 25th October EBF Novice Stakes on John Butler’s Rhythm N Rock.

Murphy looked like making it two winners apiece with 8-15 favourite Future King, but having travelled strongly at the head of affairs for much of the way, Rhythm N Rock (5-1) charged home down the centre of the track to prevail by a length and a half.

Both riders are set to be in action at Nottingham on Wednesday, where Murphy has six booked mounts and Buick has eight.

Impulsar makes it two on the night for O'Brien

Impulsar (5/2) won well off the front in the concluding extended 10 furlong maiden in Dundalk.