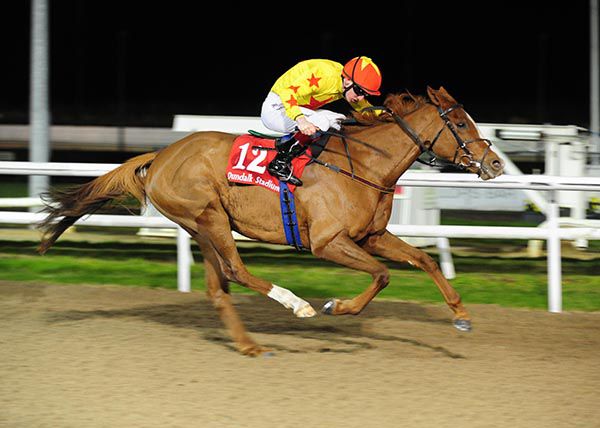 It's 24 plays 22 now with five days racing left as Killian Leonard completed a 441/1 brace in the finale at Dundalk on Touch Of Gold (25/1). Apprentice championship leader Shane Crosse was also on the mark on this Friday night programme aboard James Lambe's Reverberation earlier.

Leonard set the ball rolling for Michael Grassick in the nursery on Emily Grace (16/1), and he was on Touch Of Gold for Jack and Paddy Kennedy's brother, County Cork-based handler Michael.

In the market here they came for Georgian Bay (10/1 into 9/2) and Pedisnap (9/2 into 11/4 favourite) but they had to settle for second and sixth places respectively.

Touch Of Gold benefitted from a patient Leonard steer, coming through from the back in the straight to prevail by two lengths.

"She's been a bit unlucky all summer. Normally she would have been left off by now but she hadn't won and we knew there was a race in her so we said we'd chance her up here, so we're delighted - it's a long trip," said Kennedy.

"She'll probably come back up in a few weeks. She's very versatile as regards trip and ground and everything. She's a fun horse."