Level Pitch an improver for Bolger 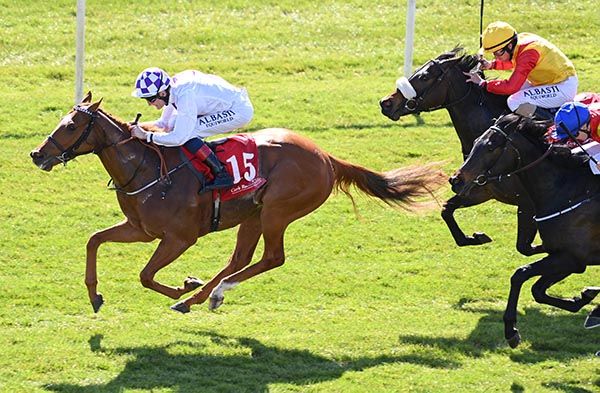 Jim Bolger's Level Pitch stayed on to good effect for Kevin Manning in the seven-furlong handicap at Cork.

The 7/2 favourite was in the firing line between It's Snowing and Shanghai Dragon approaching the final furlong and worked his way into a narrow lead with 100 yards to travel.

He kept on well to beat Shanghai Dragon (16/1) by a length and quarter. It's Snowing (7/1) was a neck further back in third.

Una Manning, representing Bolger, said: "He has been gelded since last year and the boss said he has never had a horse to improve or do as well over the winter.

"He is in at Gowran on Thursday and I don't know whether he'll run him or not but I'd say it'll be more of the same (in handicaps) with him.

"It has been a family which has been good to us so hopefully he will go on and do another bit."