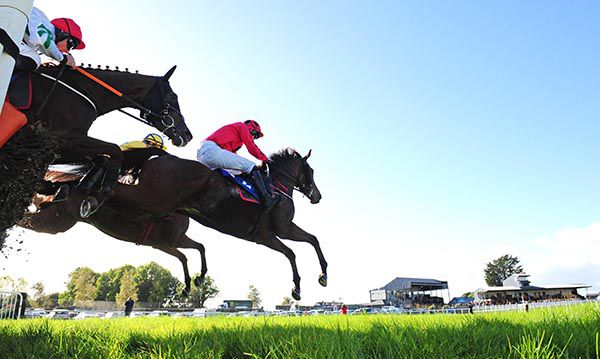 Ridden by 7lb claimer Gary Noonan, the daughter of Helmet was in the front rank from early but looked in trouble when joined two out by the 6/5 favourite Hollymount.

The market leader didn’t find a lot for pressure, though, and Lighthouse Lady led again on the run-in before holding the late effort of Choral Work (40/1) by half a length with Hollymount another neck away in third.

The fancied pair Princess Sophia and Powerful Out departed early in the contest with the latter unseating rider after being hampered by Princess Sophia’s fall at the second flight.

Winning trainer Edmond Kent, who was on lead-up duties, remarked: "She runs a bit in and out but she has loads of ability. It was just about getting that bit of luck with her and she seemed to enjoy it in front today.

“She's been placed several times on the Flat, she's tough and she's easy to train. It's just about getting her on the right day and I knew there was a race in her and there is probably another one in her.