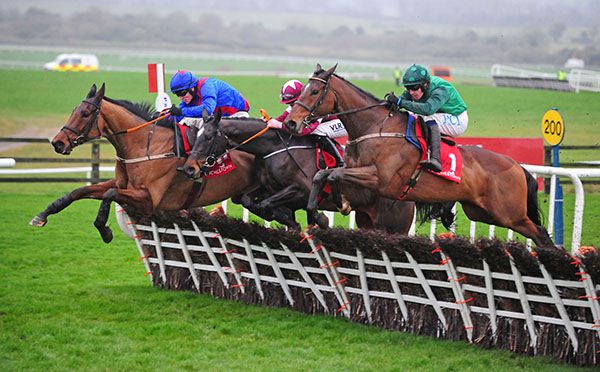 Earlier successful with Colreevy, Mullins was completing a double on the card along with stable jockey Paul Townend.

Successful on the level in France and making his debut for current connections this afternoon, Blue Lord was sent off a 3/1 chance in the colours of Simon Munir & Isaac Souede.

Settled behind the leaders in third, the son of Blue Bresil was pushed along to challenge on the outer approaching the final flight.

Soon on terms, he was ridden to the front in the closing stages, going on to register a half a length success.

Julies Stowaway (evens-fav) battled gamely from the last but couldn't repel the challenge of the winner and he had to settle for second under Danny Mullins for his mother Mags.

Townend, who was recording his ninth winner in less than a week, said: "That was a nice performance. It was halfway down to the last before the penny dropped and he started galloping for me. From there with a good jump at the last I was going to win.

"The second horse was a fair marker and had a run as well. He jumped brilliant.

"We went a nice gallop for the ground and we picked up and picked up again. The second wasn't stopping and it was a good performance to come from behind and go by.

"I think he'll get further."