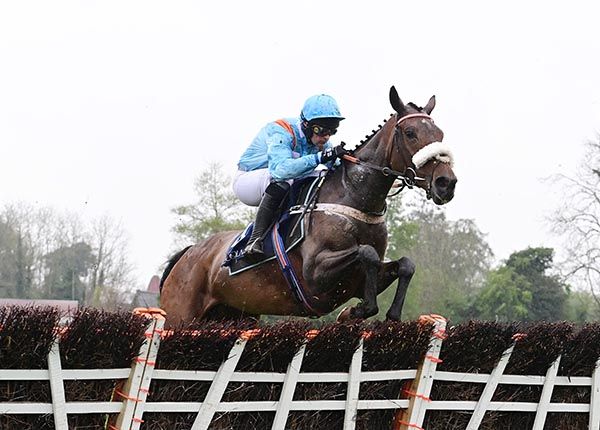 Stormy Ireland made a bold bid from the front in her attempt to repeat last year’s victory and looked to be holding Marie’s Rock and that one's stablemate Epatante, sent off 4/6 favourite, on the run to the final flight. The former dug deep for Nico de Boinville, though, and got past the leader on the run-in before forging clear for a length and a quarter success. Stormy Ireland held the favourite by half a length for second place.

Henderson said: "We love coming here, we had to throw two at it to win it and Stormy Ireland looked like she had got away."

“She's funny but she's tough and she's done it all year to be fair, so has Epatante. They've both had fantastic seasons.

“She is hardy and she's found her feet this year in no uncertain terms. I thought she was very good two years ago, where she got to last year I've no idea. I lost her completely but luckily she's come back to talk to me.

“She's got plenty of pace and she stays obviously. Put those two together, and a lot of ability, and you are in quite a strong place.

“It was a good solid gallop and I thought they set out to test Epatante's stamina and that probably helped her because she does stay really well.

“Epatante has been on the go for a long time, since the Fighting Fifth, and she's had a great season, she's won three Grade 1s. This filly has now won two.

“It was a smaller team than we tend to be here with. We would have loved to have brought Constitution Hill but it wasn't the right thing to do. Maybe we'll all meet up again next year and sort it all out then.”