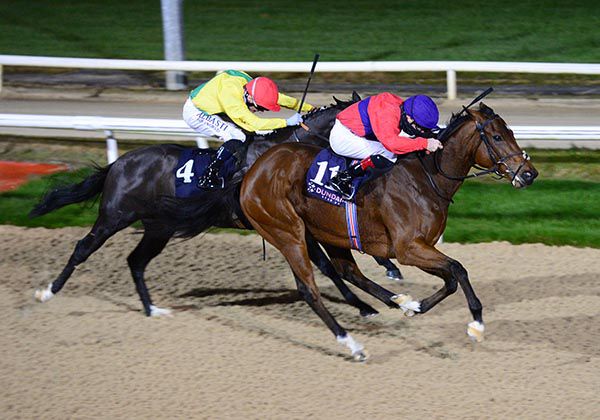 McDonogh had earlier steered the Kieren Cotter trained Dandy Spirit to win the opener and doubled his score on another Dandy Man-sired winner Russian River, as the filly scored a three parts of a length win over Ferrybank.

Winning trainer Joseph O'Brien's other runner and J.P. McManus owned Grove Island was the subject of a late-gamble (14/1 — 7/1) but that rival was slowly away and flopped badly, finishing second-last.

Following the race O'Brien's assistant Brendan Powell stated “she was just beaten the last day and deserved that. Declan made plenty of use of her and she galloped well to the line.

“She’s got her maiden win now and hopefully she can go on from here.”