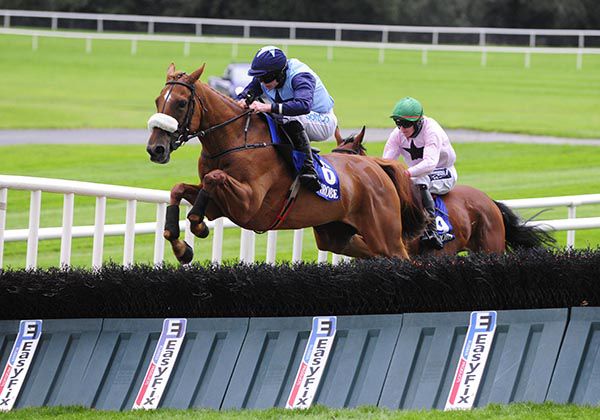 Heliers Bay has contracted to as short as 5/2 from as big as 14/1 for the Suir Blueway Mares Handicap Hurdle at 2.25 in Clonmel.

Jessica Harrington's seven-year-old was unplaced on her seasonal reappearance at Punchestown last month.

That was her first outing since October, and she has a Ballinrobe handicap hurdle victory (last August) in her locker.

Aoibhe's Beau is a significant non-runner in this contest.

Elsewhere on the card, Henry de Bromhead's Bloodstone is popular in the three mile handicap hurdle at 3 o'clock.

The Court Cave gelding has shortened to 5/1 from double-figure odds.

Tony Mullins is already planning a route back to the Prix du Cadran for his Gold Cup runner-up Princess Zoe — but warns he will do all he can to avoid another clash with her brilliant Royal Ascot conqueror Subjectivist.

Joan Of Arc repelled the late finish of Philomene to claim the Prix de Diane at Chantilly.

Balding in no rush to make plans for juvenile stars

Andrew Balding will take his time as he plots the next targets for his unbeaten Royal Ascot two-year-old winners Berkshire Shadow and Sandrine.

Ascot chief executive Guy Henderson has voiced his gratitude to all who played their part in ensuring this year’s Royal meeting allowed thousands of racegoers to “come out of hibernation”.