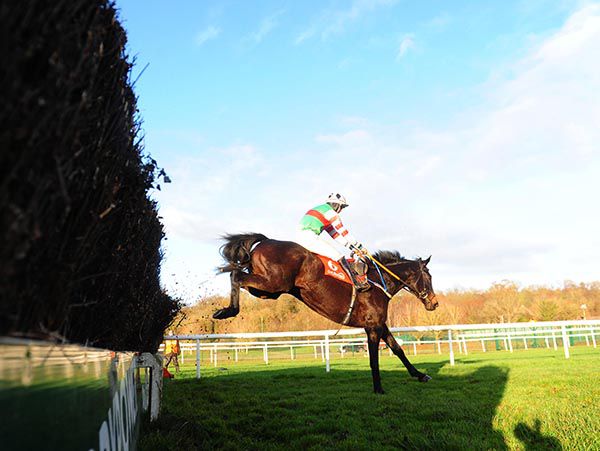 Chatham Street Lad has the Marsh Novices’ Chase as his Cheltenham objective after connections took the Caspian Caviar Gold Cup winner out of his four other Festival engagements.

Trainer Michael Winters has removed the nine-year-old from the Sporting Life Arkle Trophy, the Brown Advisory Novices’ Chase, the Betway Queen Mother Champion Chase and the Ryanair to concentrate solely on the the Grade One novice chase over two and a half miles.

Winters is bringing Chatham Street Lad back to his peak after giving him a break following a defeat at Fairyhouse last month.

“He’s not out of the Marsh. He’s still in that one. That’s the race the owners want to run in,” said the County Cork handler on Wednesday.

“He had a good break and we’ve taken him to the beach today to freshen him up.

“He’d had quite a bit of racing and he slightly disappointed the last day so we thought we’d freshen him up for Cheltenham.

“He cantered on the beach and in the water and he’s had some physio. He’s thriving.

“That’s what we’re aiming for and we think he has a good chance. We’d like to see plenty of rain in England.”

Sporting John could be one of Chatham Street Lad’s rivals in the Marsh, after trainer Philip Hobbs revealed ground conditions will determine which race the Scilly Isles Novices’ Chase winner will grace at the showpiece meeting.

Hobbs took Sporting John out of the Arkle at the latest forfeit stage, but has left the JP McManus-owned six-year-old in the Marsh and the Brown Advisory Novices’ Chase over three miles.

“We’ve taken Sporting John out of the Arkle and he will either now run in the Marsh or what was the RSA. It will all depend on what the ground conditions are like,” said the Minehead handler.

“If the ground was very soft you would stick to two and a half in the Marsh, but if it wasn’t you would probably look at going further with him.

“It was obviously very pleasing to see him win like he did and warm to the task at Sandown, as it shows he is going in the right direction.”