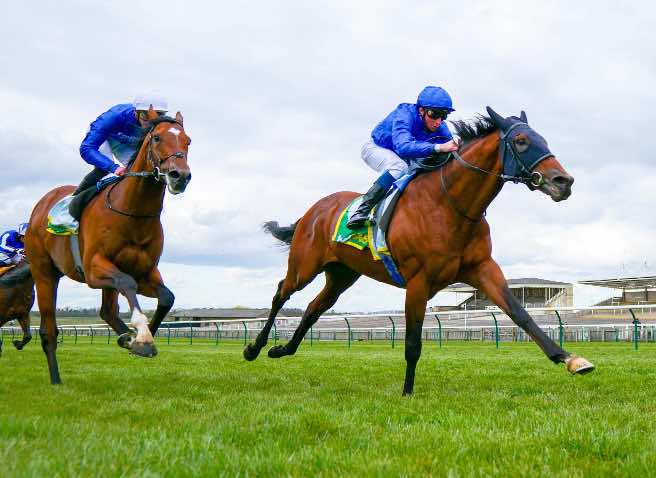 Charlie Appleby’s charge was beaten just a short head by Poetic Flare in the 2000 Guineas at the start of May, having lifted the Craven Stakes on his prep run for the Classic in April.

The Dubawi colt had been as short as 4-1 for the St James’s Palace Stakes at the Royal meeting on June 15, but he is now set for a short spell on the sidelines.

Godolphin tweeted: “2000 Guineas runner up Master Of The Seas unfortunately had a setback after training on Saturday and will now be on the easy list for two to four weeks, meaning he will miss Royal Ascot.”

Zola Sakura was a game winner of the Thomastown Maiden (Div I) for Colin Keane.

The second split of the Goresbridge Handicap (45-65) saw Devious Dreamer make all the running in the hands of 5lb claimer Luke McAteer.

Moyne trainer Tim Doyle can do little wrong at present and 11/4 joint-favourite Lisabetta was another winner for him in the Goresbridge Handicap (45-65) (DIV I).

The 4/6 favourite Seisai was a comfortable winner of the Bennettsbridge (Fillies) Maiden.