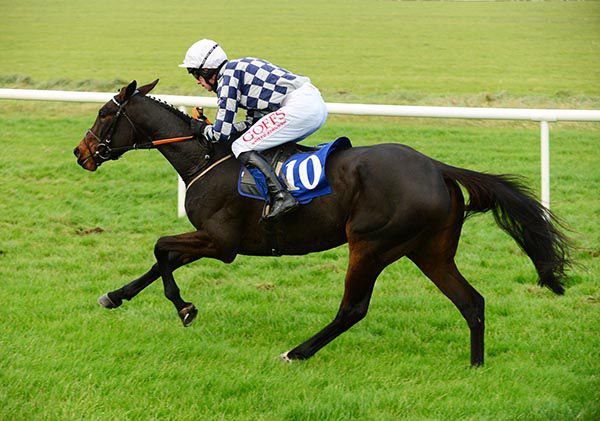 Wheres Maud Gone eased clear inside the final furlong to run out an impressive winner of the concluding bumper at Thurles this afternoon.

Sam Curling's newcomer was produced to take a narrow lead two furlongs from home by Derek O'Connor and travelled well on the bridle.

The daughter of Yeats stretched away from her rivals in the closing stages to post an easy eight length victory over Salt Wind.

Wheres Maud Gone, sent off a 4/1 shot, is a full-sister to another bumper winner Suvretta who had finished mid-division in the mares maiden hurdle earlier on the card.

Their dam is a half-sister to Sesenta, a smart mare mare for Willie Mullins who won the Ebor on the Flat and a valuable Grade 2 handicap hurdle at Punchestown.

Curling said:- "She has done everything right at home and was just ready to start. That's her first gallop on grass but we were expecting a good run and we fancied her well. She is a good filly.

"She was actually entered in a point to point last weekend but she was showing so much pace we said we'd come here. She'll be sold now."