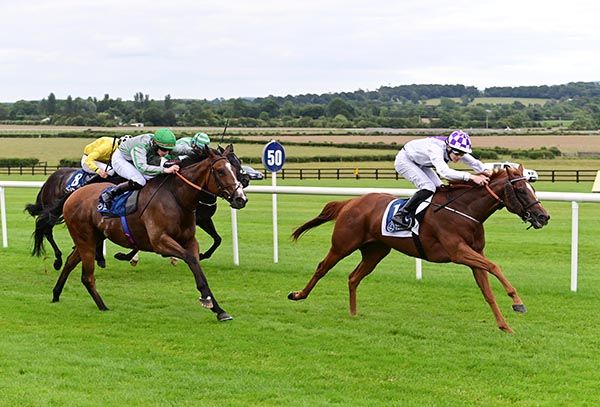 The Bolger-bred and owned son of Dawn Approach was chased along in rear-division entering the home straight but quickened to lead a furlong out and stayed on well to beat Juyush by three parts of a length.

Level Pitch gained a first success at Cork in April and added a second today, while McAteer was earlier successful on the Willie Martin trained Jazzy Dancer.

Bolger's travelling head man Ger Flynn reported “he won well at Cork and was then a bit unlucky at Gowran Park. We then gave him a little bit of a break and his run the last day in Leopardstown was good.

“Luke said he thought they would go a lot faster today but they didn’t and he was trapped out wider than he wanted to be. Once he got him balanced up the straight he went away well in the end.

“He’s in on Friday (at the Curragh) again and is entered in the sales next month.”