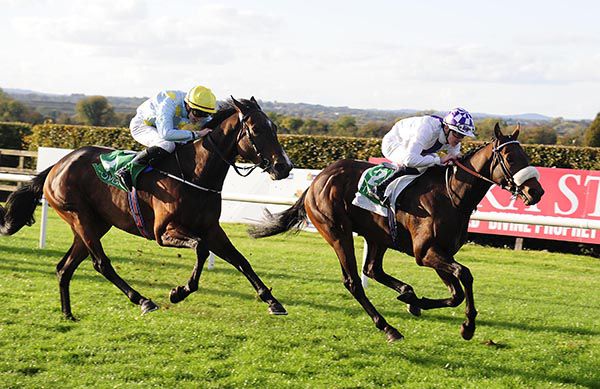 Vocal Music benefitted from a fine ride by Luke McAteer to land the New Troytown Bar Apprentice Handicap at Navan.

The 18-year-old from Rathmullan in Co. Donegal has been apprenticed to trainer Jim Bolger for the past few seasons and this was his fifth winner.

The son of Vocalised, who also scored at the Curragh in August, had a stiff task from the outside stall but McAteer did well to get him to the front after a couple of furlongs.

The 14/1 chance was strongly pressed by the well-backed 2/1 favourite Best Not Argue but kept on gamely inside the final furlong to prevail by half a length.

Akua was a further three and a half lengths away in third.

Bolger’s travelling head lad Ger Flynn said, “Luke gave him a lovely ride. He’d a bad draw in 18 and he got him out and got in. He gave him a breather at the top of the hill, and rode him out hands and heels.

“Hopefully there is something else for him and it’s onwards and upwards.”

Enda Bolger's Everlastingpromise was the facile winner of the Grade B handicap chase in Killarney.