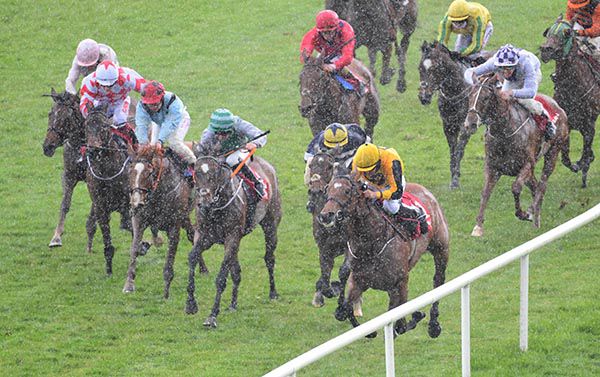 John Murphy's Celtic Crown (20/1) finished her race off well along the stands' side rail to win the fillies' handicap over a mile in Gowran Park.

Jockey Niall McCullagh lost his right iron in the final furlong but kept his mount balanced and had a willing partner.

She led narrowly passing the furlong pole and fended off the closing Pachmena (50/1) and MK Drama (4/1f) by a neck and a head respectively. The favourite's effort can be marked up as she suffered a less than clear route.

McCullagh said:- “That was scary! She just shimmied underneath me and with the rain my foot slipped out of the iron about a furlong out.”

Assistant trainer George Murphy added:- “I actually didn't know what had happened until he told me afterwards.

“I wasn't sure what was happening as he was bouncing in a funny sort of a way!

“We're very happy with that. We were a little bit concerned about the rain beforehand, and it getting softer, but she seemed to handle it okay and stuck at it.