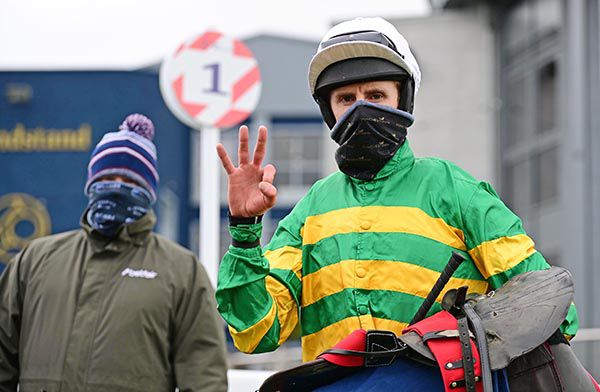 The lightly-raced nine year old son of Shantou had pulled up when last seen in the Troytown Chase in November but today gained a fourth career win when proving four and a half lengths too strong for runner-up Sovereign Gold.

Winning trainer Elliott later reported “he’s a bit of a monkey but he has plenty of ability. Mark knows him well and gave him a good ride today. He’s a bit hot and cold and thankfully it worked out today.

“He missed the fifth last and got a bit close to the last but other than that he wasn’t bad. We’ll try and find something similar.”