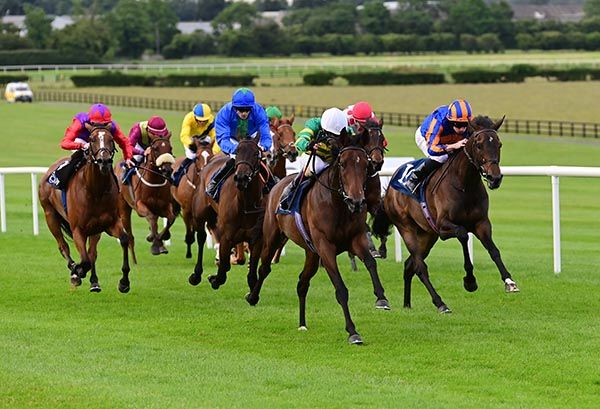 Ballydoyle's blue-blooded Only started 4/9 favourite whereas Didn'thavemuchtodo had previously beaten only five horses, and returned a Betfair SP of 176.

Only, a daughter of Classic heroine Winter, was clear with a furlong to race, with Didn'thavemuchtodo seemingly held in sixth. However the Noreen McManus-bred filly arrived late, fast and with ears-pricked, under jockey Declan McDonogh, to score readily.

Successful trainer Joseph O'Brien witnessed his Excella land today's opener and following the finale, his representative Brendan Powell was on hand to report “Declan said he liked her in Listowel and came there over a furlong out with a chance.

“Today she was on the ball. He dropped her in and she quickened up like a smart filly. She’s tough and loves the fast ground.”