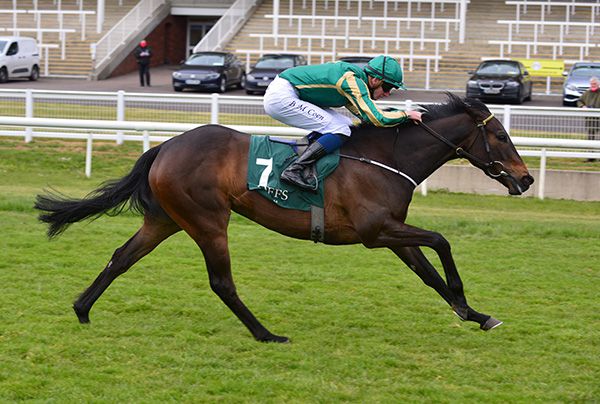 The Kodi Bear filly could find no extra in the final furlong as she came home seventh of the eight runners.

In her juvenile campaign last year, she took the scalps of Mooneista and Miss Amulet in victories at Tipperary and Down Royal respectively.

This season she has secured two Listed successes in addition to finishing a running-on third in the Group One Commonwealth Cup at Royal Ascot on her penultimate start.

"She's good. We were a bit disappointed with the way she ran but I have her in the Nunthorpe (at York) and in the Haydock Sprint (Cup)," Murtagh said.

“It looked like she wanted six furlongs the other day but I just don't think she ran up to form. She was just a little bit flat on the day.

“We've big ambitions for her, we think she's a Group One filly, and she didn't run anywhere near her Ascot run.”