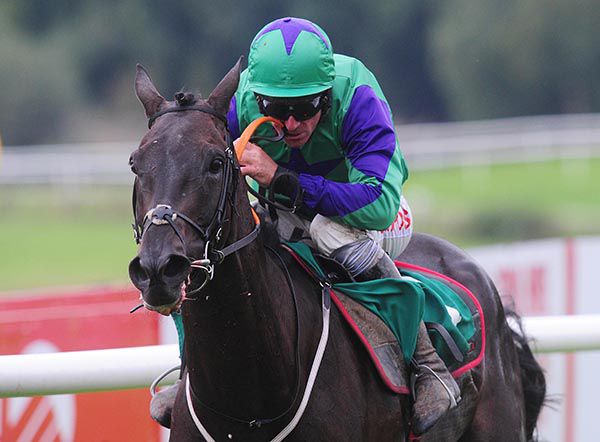 The prolific Mill Quest is one of just seven declared for the feature John J Galvin Handicap Chase at Listowel on Bank Holiday Monday.

Successful at Limerick on Thursday, the Gordon Elliott-trained nine-year-old will bid to quickly follow up - with Davy Russell again in the saddle.

In foal to Mount Nelson, Mill Quest has also registered wins at Fairyhouse and Kilbeggan this season, and will be aiming for a 10th career success in this two-mile three-furlong heat.

Top-weight The Last Marju is an obvious danger, with Denis O’Regan booked to ride.

An excellent third to Le Richebourg in a Grade Three contest at Tipperary in October, the Denis Cullen trained seven-year-old was successful on his return to action at Sligo earlier this month.

That victory came on the level, and he makes his handicap debut over fences now.

Draycott Place won this contest last year and is back to defend his crown, just a week after he obliged at Ballinrobe.

Danny Mullins takes the ride on Presenting Mahler, and he will be aboard Scheu Time in the Best Odds With BetVictor Handicap Hurdle.

The James Nash-trained gelding will need to improve on recent efforts if he is to feature here — with Sil Ver Klass, Polished Steel and Crazyheart three of the more obvious contenders.

Jessica Harrington is responsible for Polished Steel, and she is represented by City Ballerina and Dandjira in the opening Choose Your Horse With BetVictor’s Betfinder Mares Maiden Hurdle.

Both appear to have each-way claims in this two-mile event, with the Willie Mullins-trained Scaglietti very much the one to beat.

Mullins again has a strong contender in the shape of Fast Buck in the John B. Keane (C & G) Maiden Hurdle — while Celtic Dancer, who won at Limerick on Thursday, is sure to have plenty of supporters in the Mike Lawlee Memorial Handicap Hurdle.

The 14-year-old On The Fringe would be a popular winner of Join The Listowel Races Supporters Club Hunters Chase.

The Enda Bolger-trained bay won this race 12 months ago — and Aine O’Connor, who was aboard then, is reunited with the old warrior.

Glens Finale, Golazo and Celine Soprano all won last time out — and they look the ones to focus on in the concluding Dr. Louis O’Carroll Flat Race.

Minzaal return delayed due to injury

Commonwealth Cup contender Minzaal will miss the first part of the season after having surgery on a leg injury.