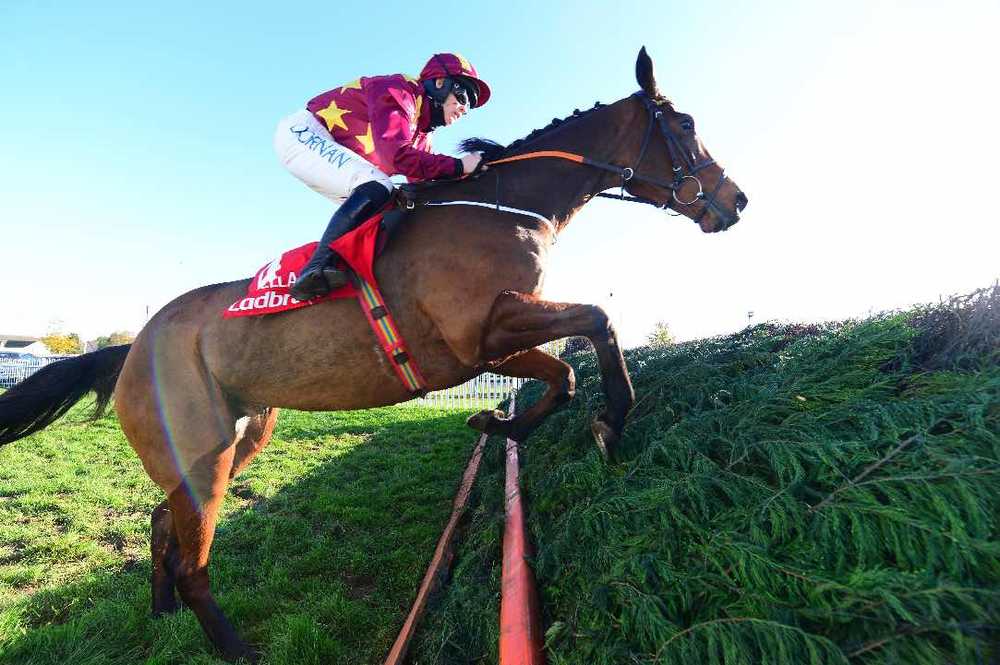 Minella Indo made a gallant bid to defend his Boodles Cheltenham Gold Cup crown, but had no answer to the blistering burst that Rachael Blackmore conjured up on A Plus Tard, who scored by a runaway 15 lengths.

Off a modest early pace, the nine-year-old held every chance turning for home, and went four lengths clear approaching the penultimate fence in the extended three-and-a-quarter-mile showpiece.

Yet last year’s scorer soon had his stablemate looming large and Robbie Power was helpless when Blackmore pushed the button on A Plus Tard, who went upsides before the last and galloped well clear after it.

While there was joy for Henry de Bromhead, who saddled the first two in the race for the second year in succession, it was a case of what might have been for Minella Indo’s jockey Robbie Power — who won the race in 2017 with Sizing John.

He said: “No excuses. He has run a cracker. He jumped brilliantly the whole way and travelled beautifully.

“I thought off the bend, going to the second last, he quickened and I thought we would go and win the race, but we were just beaten by a better horse on the day. We have no excuses.”

Protektorat, having his first run since early December, thrilled his trainer Dan Skelton, taking third place by a nose from Galvin under a fine ride from Harry Skelton.

Though beaten 17 and a half lengths by the winner, he may have been closer, but for a mistake at the last.

Skelton said of his charge, who is part-owned by Sir Alex Ferguson: “I’m massively pleased with that as, to be honest, he shouldn’t have even been third given the mistake he made at the last.

“He showed great tenacity to hold on for third and that proved he stays.

“For a minute, turning in, I thought we could nearly win as we were upsides A Plus Tard at the second-last, but we’ve no excuses, he jumped beautifully apart from the last.

“Given what the winner did, we couldn’t have won but to hold on for third given that mistake, I’m proud of him.

“He’s only seven, we’ll be back next year. A Plus Tard was beaten in it last year and came back and won. There used to be a big thing about horses not being able to win the Gold Cup at their second attempt, but Native River did it and now A Plus Tard has.

“I think we’ve got a pound or two improvement to come, but in the Gold Cup little things matter. Wednesday’s rain coming today would have been a huge help, but that is how sport goes.

“I’m not grumbling. He’s run an outstanding race and belongs in this grade. If we run again it will be Aintree as he won’t go right-handed.

“It was a classy race this year, with six or seven still in with a chance going to two out. I just felt if we’d got that rain and it became a slog, that might have suited us more.”

Harry Skelton echoed his brother’s sentiments and added: “He ran really well. We are very proud of him. I thought three out that we might have a real chance, but we could not have asked for any more. The winner was very good.”