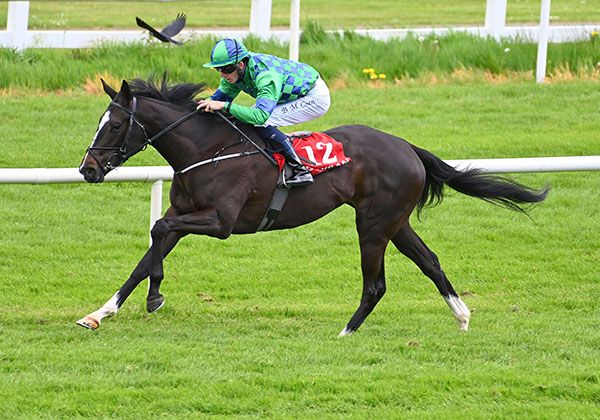 The Johnny Murtagh trained filly who made a highly encouraging debut over course and distance last time, was sent straight into the lead by Ben Coen and put her previous experience to good use in seeing off her rivals.

For a brief period early in the straight it appeared as though Shamiyana might be a serious threat but as soon as Coen asked his mount for extra the response was instant.

Winning trainer Johnny Murtagh said: Johnny Murtagh, “She was drawn bad and ran green here the first day but I loved the way she finished. She got her head down and really ran to the line.

“Her work has been good since and she has come on a lot from the run.

“That was a pretty good performance. Ben said he would have liked a lead but nothing was going on so he made the running and when he gave her a backhander she quickened up well.

“She’s a big filly and was a bit raw the first day. Her mind is a bit sharper now and she should improve. She’s got scope and is a well-bred filly.

“We’ll see what the handicapper does. There is a couple of nice fillies handicaps coming up. I think that is a good trip for her and she might get a mile and a quarter later in the year.”