Miss Polly Shelby not yet eligible for handicap battles 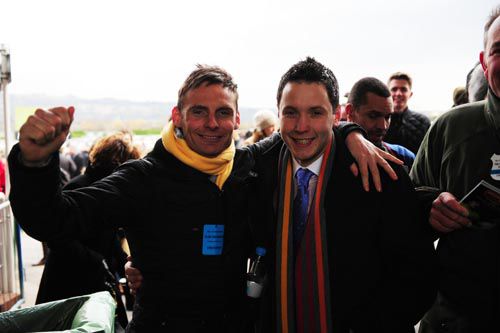 Ronan McNally, who was back in the winners' enclosure at Punchestown on Tuesday after the success of the well-backed All Class, has been unsuccessful in his appeal against the Flat handicapper's decision not to allocate a rating to his charge Miss Polly Shelby.

The 4-year-old daughter of Mahler was beaten 84 lengths, 77 lengths, 139 lengths and 118 lengths in her first four starts in maidens before finishing tenth, beaten just under 20 lengths, at Galway in September.

She was then beaten 77 lengths at Listowel later that month and was most recently in action at Navan last month where she finished tenth, beaten 19.5 lengths, behind Jesse Evans in a 1m6f maiden.

The shortest price she has been sent off to date was 125/1 at Gowran Park in October 2020.

Below are the details of Ronan McNally's handicapping appeal which was heard last Friday.

The Handicapping Appeals Body, Mr. Stephen Lanigan O’Keeffe (in the chair), Mr. William Flood, and Mr. Anthony Byrne convened via Zoom on Friday, 19th November 2021 to consider the appeal of Ronan McNally (Trainer) in relation to the handicapping of Miss Polly Shelby.

In lodging the appeal, Mr. McNally stated that he had run Miss Polly Shelby seven times in Flat races and yet was unable to get a handicap rating.

In his submissions, Mr. O’Gorman explained the background to Rule 67(i)(d) which states that “a horse shall not be allotted an initial handicap rating where in the opinion of the Handicapper, its performance would justify a rating below 45”. This was introduced in 2017 in a measure to alleviate some of the balloting pressures and to help ensure that a horse entering the system has a more realistic expectation of being competitive once entering the handicap system. Mr. O’Gorman outlined Miss Polly Shelby’s career summary with her best performance to date coming at Galway on 7th September 2021 when she could be deemed to have run to a rating of 42 although other factors including the very steady early pace in the race and sectional timings could also suggest that she ran below a rating of 42 on this occasion. Mr. O’Gorman added that Miss Polly Shelby has failed to meet the minimum performance rating threshold of 45 as required under Rule 67(i)(d) and therefore does not qualify for a rating.

Having considered the evidence, the Handicapping Appeals Committee issued the following decision:

The relevant Rule is 67(i) of the Rule Book (Rules of Racing and Irish National Hunt Steeplechase Rules). Rule 67(i)(d) was inserted in this rule in 2017, following an agreement with the Irish Racehorse Trainers Association, and provided that the Handicapper may not allocate a handicap-mark unless it has achieved a minimum performance racing threshold of 45. As the effect of this Rule is to exclude horses which have not demonstrated this threshold of ability from running in handicaps, the Committee is of the view that where a performance can reasonably be assessed by the Handicapper as having achieved the threshold-level, the Handicapper should give the benefit of the doubt to the horse and allocate it a mark. However, the position of Miss Polly Shelby does not approach this threshold. In seven runs over a fifteen-month period she has only once demonstrated a level of performance which would justify a rating. That exception was in a race of the 7th September 2021 at Galway when she achieved a possible rating of 42, still some three pounds below the threshold-level for allocation of a handicap-mark. For reasons pointed out by the Handicapper in his Submissions, there were reasons to doubt the merits of this particular performance. In those circumstances, the finding of the Committee is that the Handicapper is precluded from allocating a handicap-mark to Miss Polly Shelby at this time. The Appeal is therefore dismissed.