Misty's Gift tough in the finale 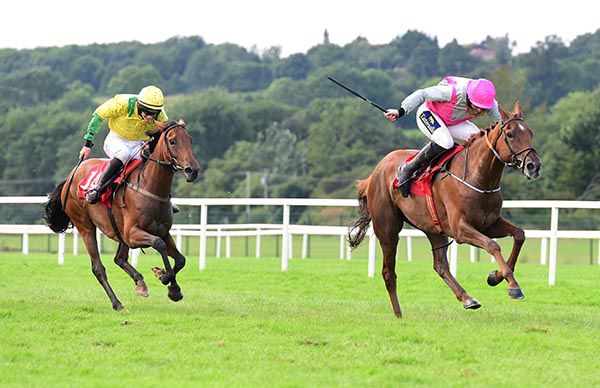 Misty's Gift and Jamie Codd took the honours in the bumper at Cork with a two-length victory.

The pair led into the home straight where the 2/1 favourite Don't Tell Grandad closed but went wrong and was swiftly pulled up by John Gleeson.

Codd asked his mount for more in the final quarter of a mile as Lizucky and San Salvador attempted to get involved.

Misty's Gift found plenty for pressure and went on from the opposition in the final furlong to win by a couple of lengths at 15/2. Lizlucky ran a good race in second at 50/1. She was two and a half lengths clear of third-placed San Salvador (5/2).

Trainer Harry Kelly said: “This is a very nice horse that we think a lot of. He’ll mature a lot from the run and is only coming to himself now. He grew an awful lot and we just had to wait on him.

“He has a fantastic pedigree being from the family of Rock On Ruby and is owned by a great man in John O’Dwyer who also bred him.”