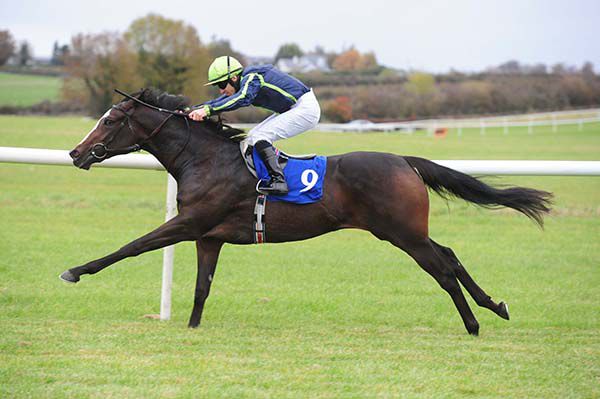 Mona Lisa's Smile produced a game front-running performance to land the first Flat contest run at Thurles in over a decade.

The Ballydoyle filly bounced out in front in the mile fillies maiden that opened proceedings at the Tipperary track this afternoon but was soon harried for the lead.

The daughter of War Front kept on well in the closing stages to post a two length win at odds of 7/1.

4/1 favourite Syrena gave chase in the closing stages but was eventually pipped for second close home by Fujimoto Flyer.

Lordan said afterwards:- “It's nice to be back and the track rides well. I rode a filly with lots of experience, she jumped well and I got to the front which is a help around here.

"I had a good draw, the filly had loads of experience and Aidan said just to get her out good and forward and I hit the gates well. It all worked out well.

"I rode four or five winners here in the past."