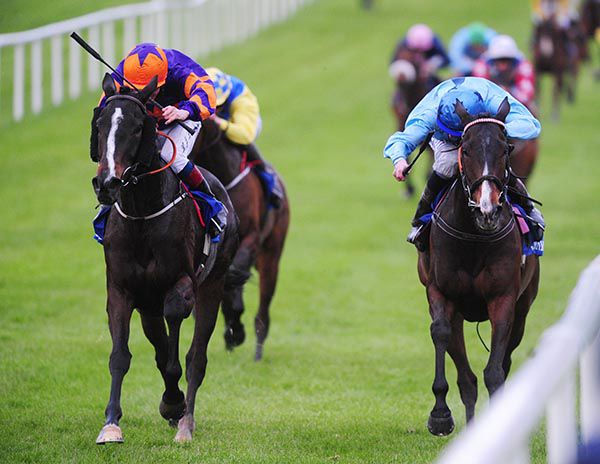 Following on from Ellmarie Holden, Emmet Mullins and Colin Kidd earlier, Willie Martin was another south-eastern trainer to hit the bullseye at Clonmel this evening, his Rolanna taking the Camida Annie Handicap.

Martin sent out this 8/1 chance from his Enniscorthy base, and in the hands of talented apprentice Killian Leonard the Strategic Prince mare got there in time to get the better of Runyon Rattler by a length and a quarter.

Martin's son Michael said afterwards: "She is rated 102 over hurdles and 47 on the Flat so it was a no-brainer to come here. She loves that ground and will run again in the 45-65 Flat category.

"She'll mix it up between hurdles and the Flat and has to have soft ground."

C.D. Hayes, rider of Touch Of Gold trained by Michael G. Kennedy, reported to the Clerk of Scales that his mount did not handle the ground.