Mr Zhang has another nice one in Deputy Sandy 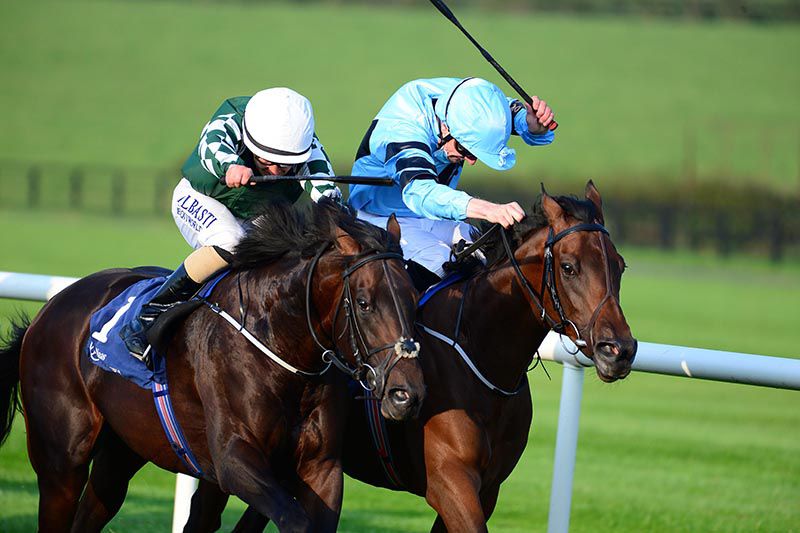 Forced to call time on the career of her great chaser Sizing John today, Jessica Harrington got a boost in the Irish Stallion Farms EBF Maiden at Naas when Deputy Sandy prevailed.

They were all newcomers here, though some, including the victor, had barrier trial experience.

Out of luck in the National Stakes with Lucky Vega at the Curragh on Sunday, Mrs Harrington has another nice juvenile for Zhang Yuesheng in Deputy Sandy.

Shane Foley is now six in front of Colin Keane again (69 — 63) at the head of the jockey’s championship after getting the successful Footstepsinthesand colt home by a head from favourite Southern Lights.

“He was good. He definitely benefitted from going to the barrier trial in Dundalk,” said Mrs Harrington.

“I actually ran him there over six furlongs because he's a big baby. Whether he'll run again this year, I don't know.

“He likes that quick ground and he got the seven well. We'll see where we go with him.

“Mr Zhang has got him and he's got Ace Aussie and Lucky Vega. They are nice colts and it's nice to have them.”

On Lucky Vega the Commonstown handler commented: “He's in the Middle Park, in the race in France and in the Dewhurst. It will depend what the ground does.

“He came out of his run absolutely fine, actually mad fresh.

“He was all dressed up with nowhere to go.”