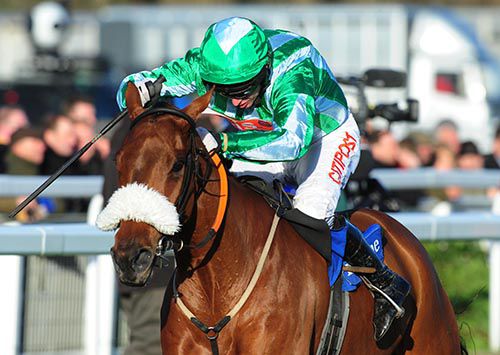 Neil Mulholland says he may look at stepping former Denis Murphy 'pointer' Shantou Village up in trip should the ground be good or quicker at the Cheltenham Festival.

The Limpley Stoke handler explained that if the ground is good he would be tempted to try the six-year-old over three miles for the first time in the Albert Bartlett Novices' Hurdle, as opposed to running him in the Neptune Investment Management Novices' Hurdle.

After winning his sole bumper start and first two starts over hurdles, the former point-to-point winner tasted the first defeat of his career last time out when finding only Yanworth too good in a Grade Two contest at the track in January.

Mulholland said: "Shantou Village is fine at home, we are just sitting tight with him because of the ground.

"If it was good ground on the first day of the Festival, then we would definitely look at the Albert Bartlett as I think it may make more sense to go there."

While ground is likely to dictate which race Shantou Village runs in, the former jockey has a much clearer idea as to what race Grade Two-winning novice chaser Southfield Royale is set to contest at the showpiece meeting.