Mullins and Townend double up at Gowran with Getabird 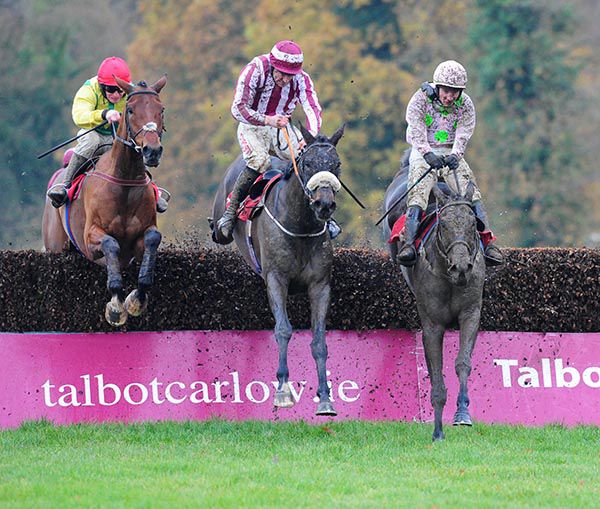 Most unfortunately the massive Cyrname and Altior clash at Ascot wasn’t over before the Talbot Hotel Carlow Chase at Gowran took off at its appointed 2.10 start time. That won’t have mattered to Willie Mullins and Paul Townend though as they completed a double at the County Kilkenny venue with Getabird.

Second and third, Paloma Blue (6/1) and Castlebrook (8/1) ran well, but the 8/15 shot Getabird showed his bit of class over the closing couple of fences to prevail by a length and a half and the same.

“It’s good to see him back. He was keen early on in the race but he jumped well especially over the last when he wanted one to win he gave it to Paul," said Mullins.

“He ran a bit fresh and it probably left him a bit flat over the last half mile. Paul got a breather into him and he did enough. It was a nice performance for his first run of the season.

"I’m not sure where he will go next but right-handed would suit him.”

Meanwhile on Thursday's Thurles winner Footpad Mullins stated: "The King George has to come into the reckoning for him. I don’t think there is much else for him here.”

The Stewards granted permission for this race and the remainder of the card to be started by flag for operational reasons.