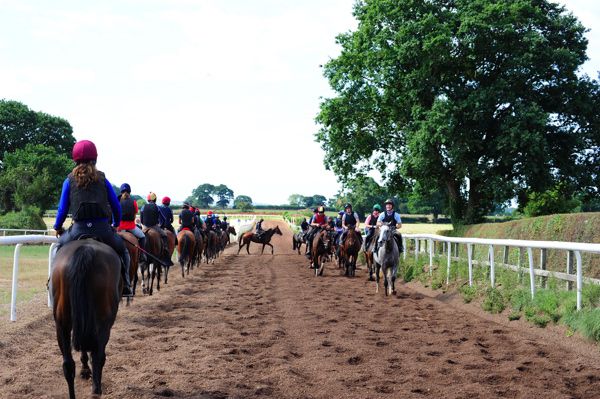 On the gallops at Closutton
© Photo Healy Racing

This weekend’s Fairyhouse Winter Festival will see many of Ireland’s top National Hunt horses in action. It is a meeting that champion trainer Willie Mullins has had great success at down through the years and he has a strong team targeted at this weekend’s Grade 1 contests.

"I think we'll probably go with (the 10-year-old) Bleu Berry for the Drinmore Chase," he told journalist Dave Keena.

"Farout is a nice novice for the Royal Bond. For the novices, you just need horses with a bit of experience and he has plenty of experience and is improving as well. You're looking for something that could be on the upgrade going into the winter."

Mullins has also left Arctic Warrior and Statuaire in that Grade 1 novices' hurdle at the five-day entry stage.

"In the Hatton's Grace (Hurdle) we'll have Stormy Ireland and possibly (Galway Hurdle winner) Saldier. You're taking on Honeysuckle in that so you need something very good to take her on."

"Overall, they're tough races and you just run your best horses at that meeting", concluded Mullins.