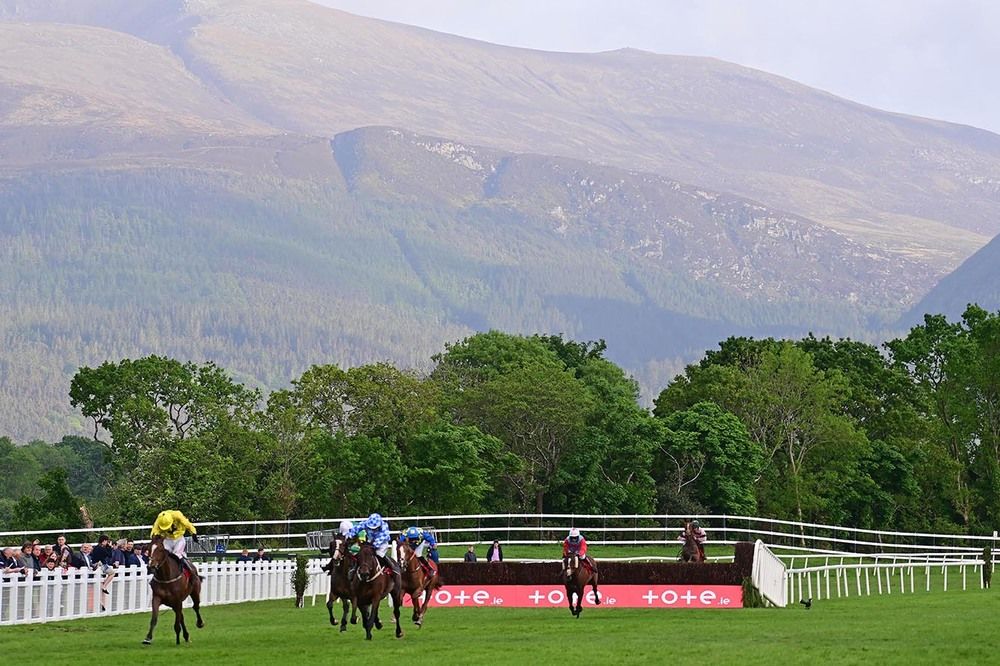 The scene from the Killarney National with Mangerton Mountain in the background as Recite A Prayer, yellow, wins
© Photo Healy Racing

The latter set out to make all over this staying trip of 3m2f but was closely attended to by Fox Watch who looked to be going the better as he took A narrow lead three out.

Darrens Hope wasn't for giving way, though, and battled back to lead at the next. At this stage, Recite A Prayer looked on in third.

Fox Watch cracked before the last as Darrens Hope led over it from Recite A Prayer and Shady Operator.

Recite A Prayer was soon driven into the lead by Danny Mullins and kept on well to draw two and A half lengths clear at 11/2. Darrens Hope took plenty of credit in second at 5/1 and was half A length in front of Shady Operator (4/1 joint favourite).

The jockey, who brought up A double, said: "That was good. He missed the last at Punchestown which might have been the difference of the race but learned from that and jumped the last well today which sealed it.

"He has progressed nicely through the winter to get up to this level and hopefully he can continue A bit more. He is looking well and doing all the right things at home.

"He stays quite well but is getting sharper all the time and it was A good pot to win today."

He was also successful on Auckland in the opener while Willie Mullins' treble included Shewearsitwell and Easy Game.

There were five non runners in this €50,000 race, reducing the field to 10 and only six finished.