Music To My Ears wins nicely on 3rd start 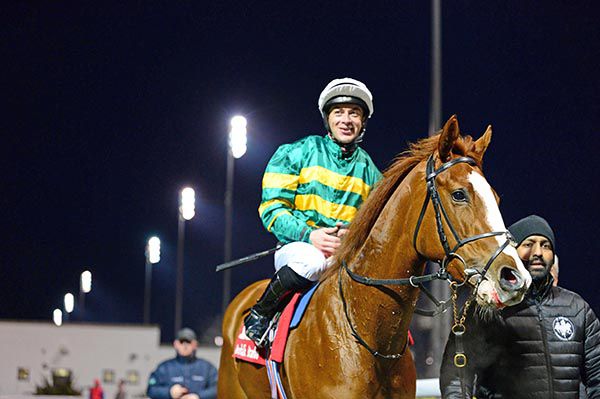 Music To My Ears and Wayne Lordan
© Photo Healy Racing

Breeders’ Cup hero, Wayne Lordan, got the sweet-travelling Music To My Ears (home bred by owner J P McManus and his wife Noreen) across the line by a length and a half from Hieroglyphic.

Music To My Ears’ fellow Joseph O’Brien runner, Snapollentia, was a neck back in third.

“She's progressing. She had a good run here the last day,” said Lordan.

“I had a wide draw, I was a little bit worried about it, but she hit the gates well and there was no pace so I was able to sit handy.

“She went to the line well and she's a nice filly. She'll stay further so to win over that trip was good.”

The Stewards informed Miss Katy Brown, trainer that Runcible, would have to be recertified before being declared to run from stalls again.