Navagio strikes for Murtagh and Coen 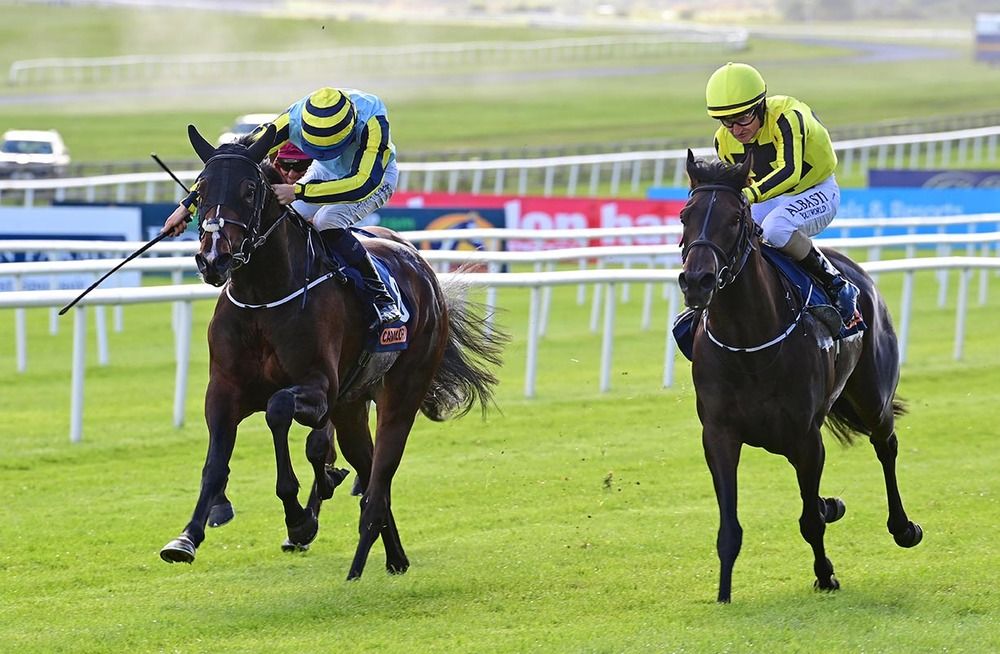 Navagio opened his account at the sixth attempt when just getting the better of favourite Admiralty Place in the Cavalor Equine Nutrition Irish EBF Maiden at the Curragh.

The Johnny Murtagh-trained 4/1 chance has been consistent if somewhat frustrating but the application of a hood here appeared to help.

Ben Coen’s mount made most of the running but was strongly pressed by Admiralty Place at the furlong pole.

There was little to separate the pair throughout the final furlong but Navagio just got the verdict by a short-head, with Secret Magician two lengths back in third.

Middlemarch (5/1) refused to load resulting in a Rule 4 deduction of 15 cent in the euro to all winning bets.

Murtagh said, “The hood helped. We had the red hood on him the last day, took it off and when he went into the stalls there was a bit of rattling. Ben said he got upset so we left it on him today.

“He's a horse we've always liked, he has a big engine and is a good striding horse. In fairness to him he battled well today when the second came to him.

“Hopefully he can go on and keep progressing because he works better than this rating. Mentally he's probably still a little immature but that should do his confidence the world of good.

“We think he's well handicapped so we'll look for a handicap next.

“Seven is good and I think he will get a mile, the last time he just got himself a bit upset. He's a horse I always thought would get a mile but maybe seven again next time.”

Adayar taken out of King George

Reigning champion Adayar will miss the defence of his King George VI And Queen Elizabeth Qipco Stakes crown having been taken out at the latest scratching stage.