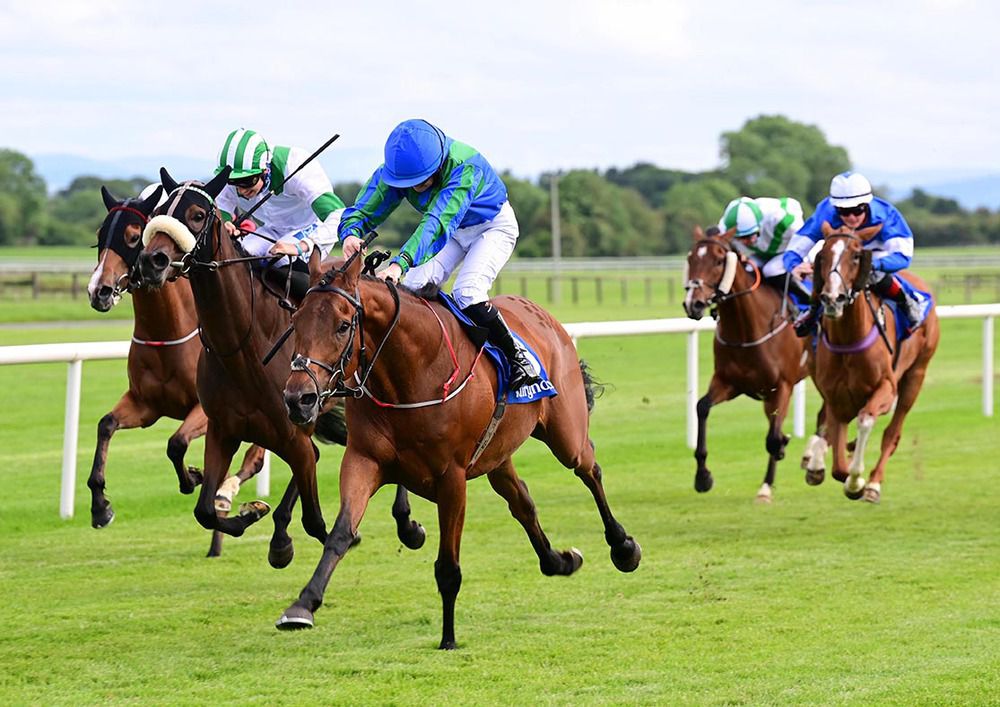 Keith Watson's New Society took the honours in the extended mile and five handicap at Fairyhouse.

The seven-year-old gelding loomed large behind front-running Cliara in the final two furlongs and was ridden by Sorcha Woods to get the better of that rival approaching the final furlong.

The 4/1 shot came in by three parts of a length from fast-finishing Parisienne Ways (15/2). Cliara was a length and a half back in third.

“He's becoming a bit of a stable star and has a liking for Fairyhouse,” said assistant trainer Marshall Watson.

“I only bought him for a grand and he's definitely repaying us well. It's great for the boys that bought him off us since his last win. They are school teachers, plumbers and tradesmen. Unfortunately they couldn't be here today but I'd say they are going to have good craic with him all summer long.

“We had found a few issues with him after his couple of runs in Dundalk, with his back and stuff, but we're very happy with him now, he's rejuvenated.

“He's in again at Gowran on Monday and I'd say he'll rattle on there. They are all anticipating going to Galway, that's what they want to do.”

New Society won a two and a half mile maiden hurdle at Fairyhouse in April.

Trainer Ger Lyons has given his backing to Jim Bolger and his Sunday Independent article with journalist Paul Kimmage, criticising the IHRB for an apparent lack of action but adding he himself has merely heard rumours and innuendos regarding possible doping in the sport.

There has been plenty of early morning activity on the betting markets for the opening day of Royal Ascot.

The Irish Horseracing Regulatory Board issued the following statement on Monday evening following Jim Bolger's interview in the Sunday Independent where the veteran trainer again raised concerns that he believes there is a serious steroid issue within Irish racing: