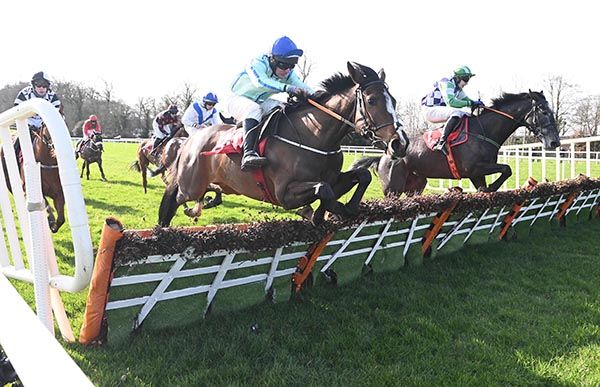 Bred by Maurice Regan of Newtown Anner Stud, the son of flat stallion Dark Angel raced with the pace throughout and while strongly pressed by 7/4 favourite Bynx from the second-last, stayed on strongly on the run-in to score a a half length win.

Afterwards Doyle reported “the plan was to give him a run to get some experience and then go for a bumper. He always showed a good bit at home.

“He was just a big weak horse last year. He schooled well and Richie was happy that he stayed at it well.

“It’s grand to get the maiden out of him and he may go to the sales. He’s a Dark Angel so he could always run on the Flat.

“It’s great to get a winner as the horses have been running well without winning and it has been a bit frustrating.”