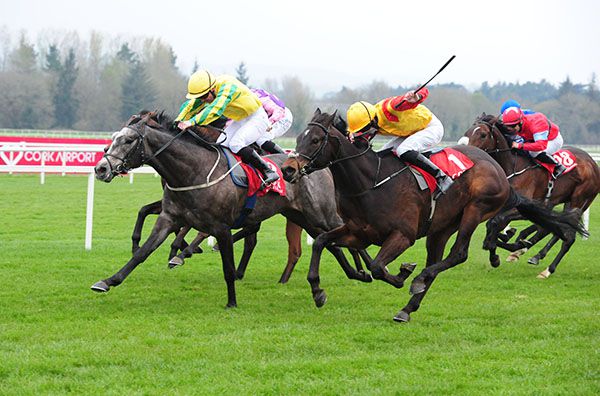 Nickajack Cave made the perfect start to his career, as he took the concluding contest at Cork, the Irish Stallion Farms EBF Median Auction Maiden.

Bought for 65,000 pounds as a yearling, the son of Kendargent was sent off an unconsidered 25/1 chance this afternoon.

Settled towards rear of mid-division by Gary Carroll, the grey victor was pushed along from early in the straight.

He came with his effort on the outer with over a furlong left to race, and got to the front inside the final 100 yards, holding off the challenge of Bar Room Bore by a head at the line.

The runner-up was returned at 50/1 under Tom Madden for Jessica Harrington, while the 13/8 favourite Kattani (backed from 9/4) was another half a length back in third.

Shane Lyons, assistant trainer to his brother Ger, said afterwards: "He showed a great attitude and resolution and had to do it the hard way. We don't know how good a maiden that was and he will improve a lot from that.

"We don't know how far he will go but hopefully there will be a nice big handicap in him. What we'll take out of today is his gutsiness as he was green today and still fought for Gary. It's a good start for his career."