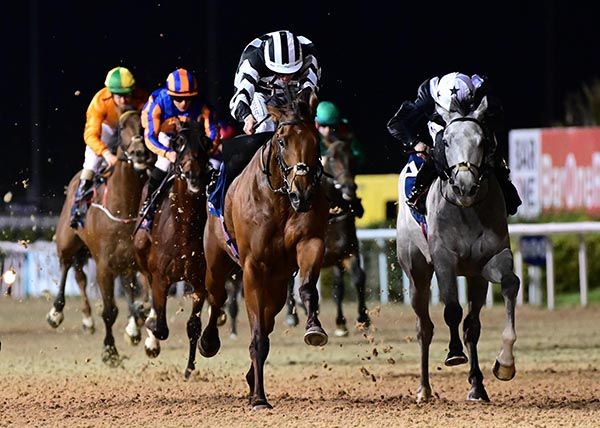 The prominent racer toughed it out by a decreasing head under Nathan Crosse from the 11/8 favourite Amortentia ridden by his brother Shane Crosse. Cozone was a length and a quarter back in third at 6/1.

Trainer Amanda Mooney said: "I'd say he hasn't been right for the last three runs. All I can say is thank God he won, or I would have been scratching my head where to go!

"He has been working well again. He is so lightly raced because of the ground being so fast this summer. I would never have had him kept going through the winter but he is probably going to do a mixture of here and hurdling. He has jumped at home.

"His head wasn't in the right place before where it is now, I think. We'll see where we go next.

"Nathan has ridden him a lot at home and he knew where the winning post was! He needed the run a bit as well. For sure there is improvement to come.

"The owner is Noel Reynolds, my partner."

This was the six-year-old gelding's third victory having scored at Gowran Park in 2020 and Leopardstown in 2021.