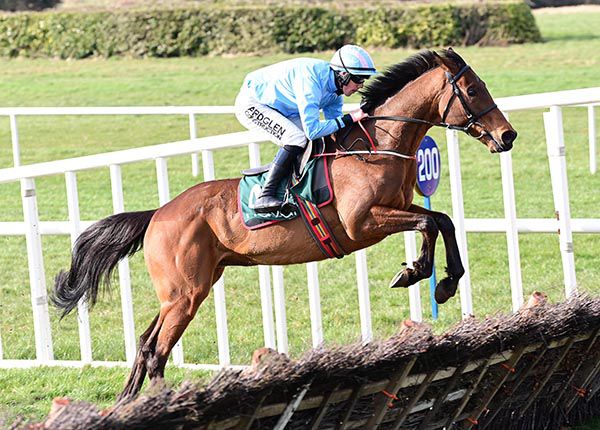 Trainer Emmet Mullins and owner Paul Byrne completed a highly successful few minutes as Noble Yeats quickly followed up the big race success of The Shunter in the bet365 Morebattle Hurdle at Kelso by readily landing the NavanRacecourse.ie Maiden Hurdle.

The six-year-old gelding was all the rage here having won a Thurles bumper in great style and was sent off at the prohibitive odds of 4/11.

The hot-pot and chief market rival Mr Josiey Wales (3/1) had this 2m6f event between them from before halfway and Noble Yeats jumped to the front three out where his rival made a mistake.

Brian Hayes oozed confidence from this point as his mount took control and he was allowed to cruise home on the run-in to score by 12 lengths, with Clogga Bay Girl all of 30 lengths further back in third.

Mullins said, "He did that nicely today. It turned into a bit of a match. He jumped well for his first time over hurdles and galloped the whole way to the line.

“I'd say he's a real nice horse to look forward to next year. We'll probably go over fences with him next year and he'll be a nice three-mile chaser.”