O’Brien has strong hand in Oyster 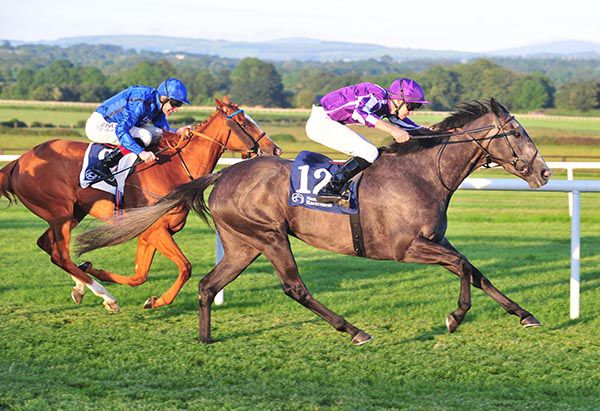 The grey filly has been knocking on the door in Stakes company during the summer and steps back up in trip for this mile-and-a-half Listed contest at Ballybrit.

She chased home the classy Tarnawa on her previous outing at this distance in the Give Thanks Stakes at Cork last month.

Having been fifth to stablemate Goddess over nine furlongs in the Snow Fairy Stakes at the Curragh last time, she should appreciate going further again now.

A mark of 99 makes her joint top-rated in the field along with the John Oxx-trained Moteo.

The four-year-old has a bit of ground to find with Simply Beautiful, having been behind her when fourth at Cork.

Camphor could be a danger, having already beaten the Ballydoyle filly when they met in a Navan maiden earlier in the season.

Jessica Harrington’s charge ran a solid race when fifth in the Hurry Harriet Stakes at Gowran last month and is another who should appreciate a sterner test of stamina.

Stamina will also be no problem for Diamond Hill, who tries her hand back on the Flat having won over hurdles at the Galway Festival.

Willie Mullins’ charge landed a Flat maiden over this course and distance last year and could be a big player given her course form.

Aidan O’Brien has a terrific record in the opening Irish Stallion Farms EBF Maiden and it would be be no surprise if Persia was able to leave his debut run well behind and get off the mark.

The Galileo colt kept on nicely when mid-division on his first outing at the Curragh last month — and with that run under his belt, he could be a different proposition.

A win for the beautifully-bred The Tooth Fairy in the concluding Sean Cleary Memorial (Fillies) Maiden would be important for her stud value and connections look to have found her a nice opportunity.

A daughter of the great Galileo, she is also a full-sister to Arc winner Found. She’s a long way below her level, but having been collared late on at Killarney last time, she should be good enough to get her head in front.