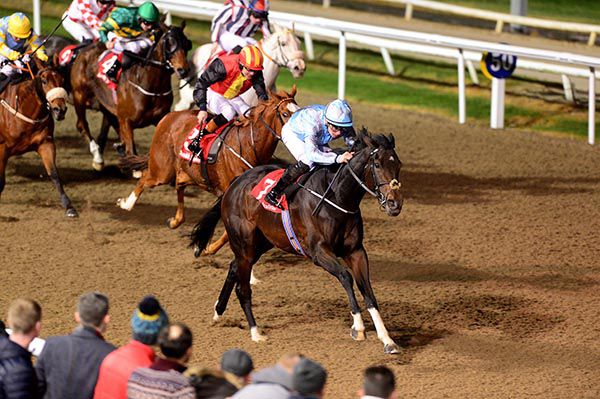 Too Precious
© Photo Healy Racing
Joseph O’Brien is firing on all cylinders under both codes at present and he sends out a strong dual challenge in the featured irishinjuredjockeys.com Handicap at Dundalk this evening.

Too Precious has progressed rapidly on the Polytrack in recent weeks to complete a hat-trick over the extended 10 furlongs, and now steps up to a mile and a half.

The son of Holy Roman Emperor has finished strongly on each occasion so there is every chance that she will cope well with this longer distance.

However, her handicap mark has risen sharply as a result of those victories, from 58 to 83, and it is interesting that regular partner Shane Crosse now switches to stable companion Perfect Tapatino.

The four-year-old has also won three times for the Piltown trainer this term, with the latest of those gained over this trip at Leopardstown.

Perhaps the combination of an extra quarter-mile and some cut in the ground proved too much at Naas last time.

O’Brien has prospects elsewhere on the card with King’s Vow in the opening irishinjuredjockeys.com Nursery, while recent course winner Shadow Seven is another to note in the concluding Dunbdalk Stadium — Light Up Your Night Handicap.

An eight-race card gets under way at 5.30pm.