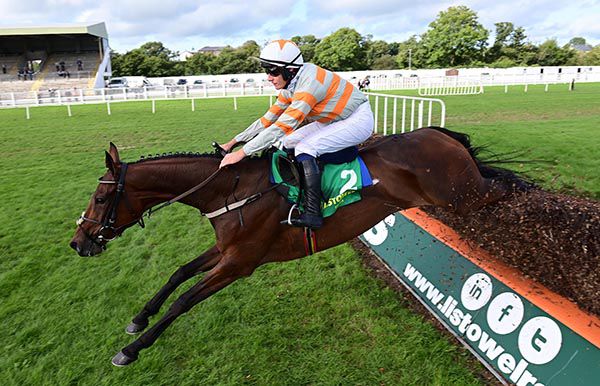 After the defection of market rival Magic Daze (going) from the Ballygarry House Hotel Mares Novice Chase, the 2/11 favourite Robbinia was left with a straightforward task and duly obliged in the hands of Paul Townend.

The Willie Mullins-trained daughter of Robin Des Champs, who had scored on chase debut at Tramore before tipping up at the Galway Festival, was not foot perfect at all of her fences but made all and was clear throughout to beat Swiss Brid by an easy eight lengths.

The winning 6-year-old, who carries the colours of the Closutton Racing Club, was successful in a bumper and maiden hurdle last year.

“She was on the bridle at all stages," said Townend.

“She had a fall last time and was a bit careful early on. Bar the second last she was very good.

“She is going to be a better chaser than she was over hurdles, and hopefully she can keep improving.”