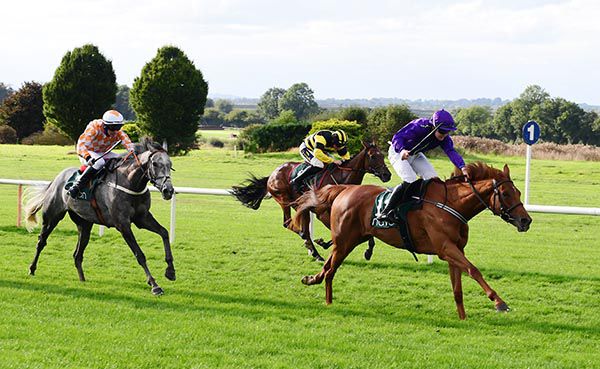 The son of Ocovango had finished second at Killarney and Kilbeggan on his last two runs and today was all out to hold off Ocean Of Mercy by a nose. There was two lengths to third-placed Ted Hastings, the 5/6 favourite, which was bidding to give Gordon Elliott a fourth win on the day.

Following the race trainer Griffin said “you don't always get what you deserve but he deserved that.

“Any time he's got good ground, he's run a good race and was was only beaten three-quarters-of-a-length on his last two runs..

“I wouldn't call him a summer bumper horse, he's a bit better than that and he'll definitely have a little break. We might just call it a day because he won't go soft ground.

“He'll be a nice horse for next summer in all those festival meetings.

“My assistant Elaine owns him and it's her first winner. She has worked very hard with him and a lot of it is down to her. She's over the moon to get that.

“It's very seldom I come out the right side of a photo so I'll take it and we're delighted.”