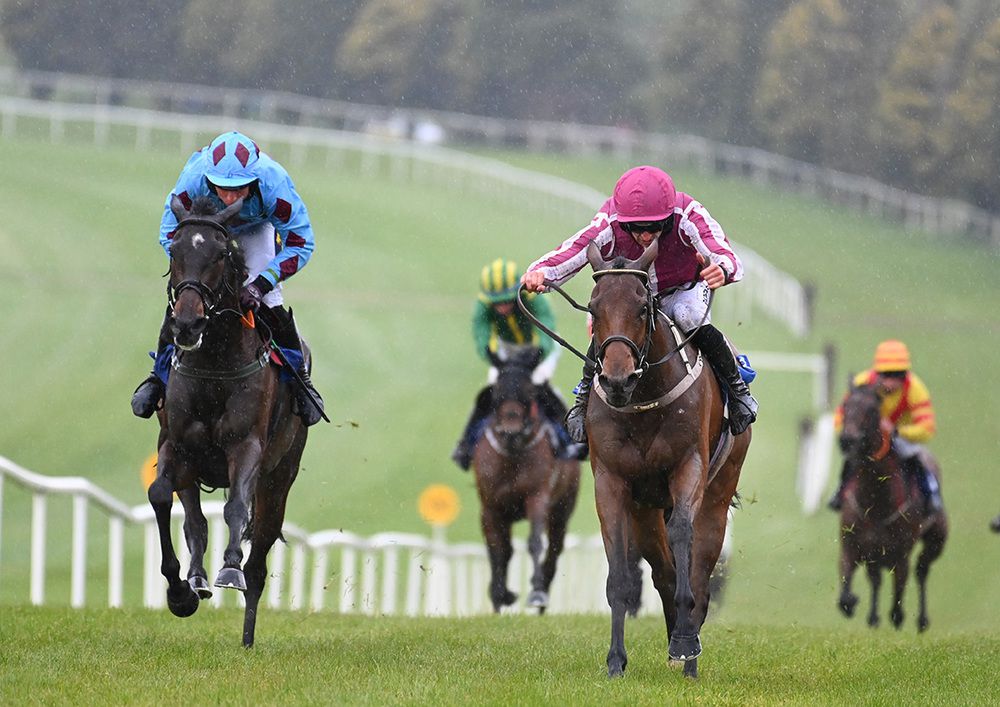 Patrick Mullins (2 day whip ban) did the steering on the Shirocco mare, not seen since down the field at Punchestown in October, a second effort after being a beaten odds-on favourite at the Galway Festival.

In a well-contested event this evening the Ray Grehan-owned five-year-old showed her true worth as Patrick consigned fellow greats, Jamie Codd and Derek O’Connor, into second and third positions.

Codd’s mount Cool Rain — headed in the final hundred yards by Zuma Rock — ran well for the Crawfords, but had to yield by a length and a quarter at the finish.

Meanwhile newcomer Helluva Gal did okay on debut. The front-runner was headed four furlongs out under O’Connor, and she kept going to be six lengths further back in third.

“Her work at home was always very good but she disappointed twice on soft ground. That is proper summer good ground and she enjoyed it,” said Patrick Mullins.

"She is small, not tall like her sister, Lagostovegas, who is a fine big mare but this mare isn't. With the gears she shows at home, we'd like to think she could go back on the flat and while she didn't show that today, I think there is improvement in her."

The Stewards advised D.Buckley, trainer of Ourbostonrose, that a repeat performance form his charge, who was unruly after the start and pulled up shortly afterwards, may render the animal liable to suspension in the future.