One-two for Harrington in Athasi Stakes 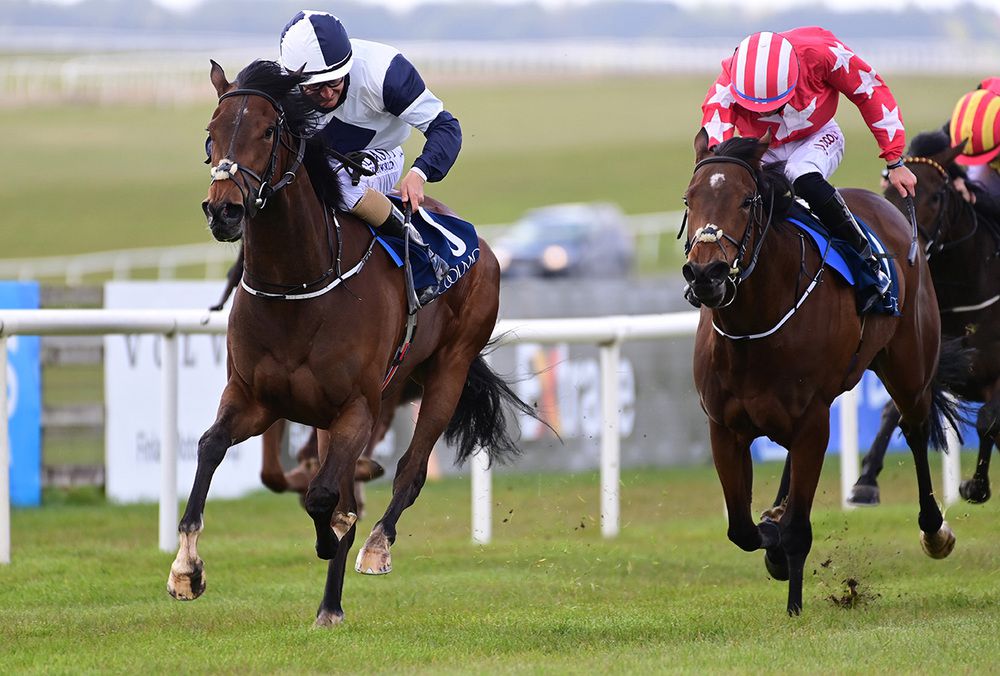 There was a one-two for Jessica Harrington in the Coolmore Circus Maximus EBF Athasi Stakes (Group 3) as No Speak Alexander (11/2) led home Zaffy’s Pride (4/1).

The winner, in the colours of Noel O’Callaghan, was never far from the pace and hit the front just outside the furlong marker.

She ran on to defeat her stablemate by a length and a half with Soul Search (9/1) in third and the 2/1 favourite Champers Elysees fourth under her Group One penalty.

Having won a maiden on heavy ground at Roscommon last July, the winning daughter of Shalaa ran well in a Group 2 at Deauville when a close-up fourth to yesterday’s 1,000 Guineas third Fev Rover and also finished runner-up in a Listed race on Irish Champions Weekend at Leopardstown.

Winning rider Shane Foley said: “She was good. She's been working like that and I was keen to ride her over the other two (runner-up Zaffy’s Pride and eventual non-runner Valeria Messalina).

“It's good for the O'Callaghans. She's a filly that I thought might have run well in the French Guineas but we didn't have her in it.

“She's probably entitled to come back for the Irish Guineas now after that. She likes that bit of juice in the ground.”